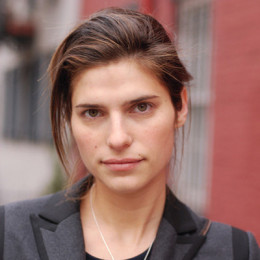 Lake Bell is an American actress, director and a writer who is known for her performance in the series like Surface, Boston Legal, Children's Hospital, etc. She made her debut in writing and direction since 2012. She made her debut in the film from the year 2002 with a role in the movie Speakeasy. She has been active in the industry afterward.

Lake Bell is a married woman. She exchanged a vow with Scott Campbell, an artist and tattoo artist in June 1, 2013, at The Marigny Opera House in New Orleans, Louisiana.

Previously, the actress was dated Colin Farrell, her co-star in Pride and Glory for a short while.

Lake Bell has an estimated net worth of $3 million.

Lake Bell was born on March 24, 1979, in New York City, New York, the US to an owner of Robin Bell Design mother, Robin Bell, and a real estate developer father, Harvey Siegel.

He is an actor and a tattoo artist. They dated for a short stint and got married. The couple has a child who was born recently. They are living very happily together.

She is very young. She was born on late October of 2014. She is very cute and a happy child. She has given a lot of happiness to her parents.