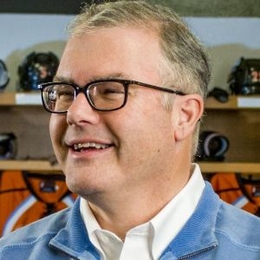 Lamar Hunt Jr was born into one of the wealthiest families in America. However, instead of spending his whole life enjoying the fortunes of his father, he created a new business empire of his own.

Lamar Hunt tied the knot with Rita Mae Hunt in 2003. This was the second marriage for both of them. 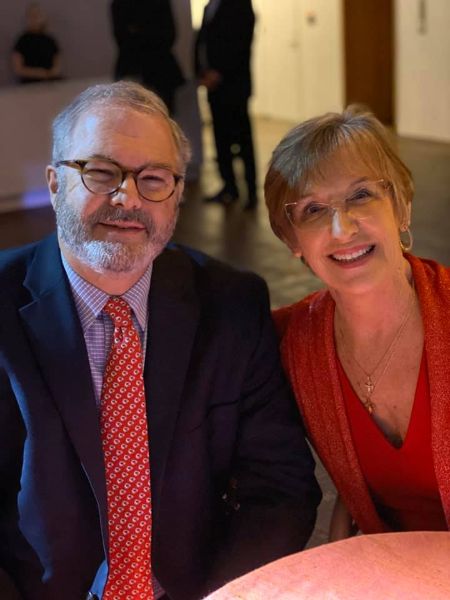 Hunt was previously married to Jocelyn Hunt, with whom he shares seven children. On the other hand, Rita also has two kids from her previous relationship.

Lamar and Rita are married for over thirteen years without any rumors of separation. Hoping the relation between them remains the same in the coming years as well.

Divorce From First Wife Because of Sexual Assault Case

In the complaint, Judy stated that the incident happened when she came to visit her sister and brother-in-law in Dallas in 1997. Lamar accepted that he slept with his sister-in-law but denied the claims of sexual assault. He stated that it was consensual. 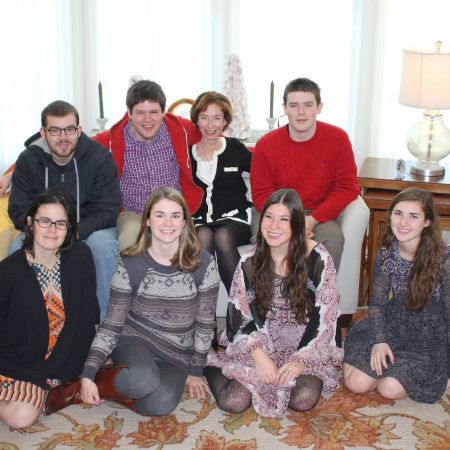 Lamar settled the case in 2000 for $2 million. However, he was not able to save his marriage. His wife of nearly two decades, Jocelyn Hunt filed for the divorce. The details of the divorce are not disclosed in public. However, Lamar, in an interview, stated that it was a very sad and painful time in his and his former's spouse's life.

Lamar Hunt Jr. was born to business mogul Lamar Hunt and his college sweetheart Rose Mary Hunt. His parents divorced in 1962 after six years of marriage. 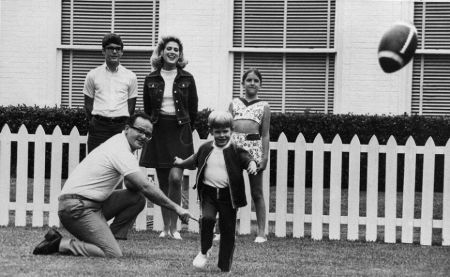 After divorce, his father tied the knot with Norma Hunt, and his mother got married to businessman John Carr. He and his sister Sharron Hunt Munson often visited their father, but they were mostly raised by his mother and step-father John Carr.

Lamar Hunt Jr.'s relationship with his step-father was mostly rough. Carr was an alcoholic and used to emotionally abused him. Nonetheless, when Carr died in 1983, he thought he should pray for him, and thus for the first time, he went into a Catholic church.

He loved the concept of confession in the Catholic faith, and thus later the same year when his first child Sarah Hunt was born, he converted from Methodist to Catholic. 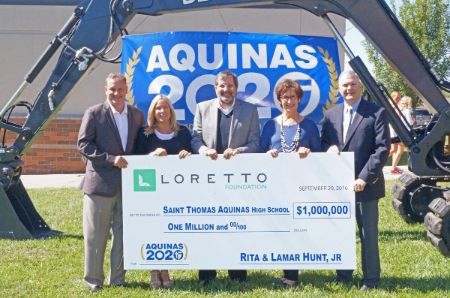 Lamar has admitted that the single biggest guide in his life is his faith. Because of his Catholic tenets, he does a lot of charitable works.

Lamar Hunt Jr. is the eldest son of billionaire Lamar Hunt. Traditionally, he would be the first in line to manage his father's properties after his death. But it is not the case with him. 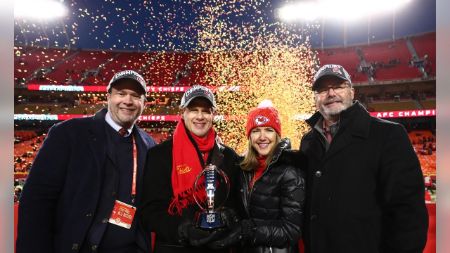 Though Lamar Hunt Jr. has equal share as his siblings in his father's fortunes, however, he is not involved in the daily activities of his father's sports business empire. It is managed by his half-brother Clark Hunt.

Lamar Hunt Jr, from a young age, was interested in music, and after growing up, he pursued music professionally. He played the flute for the Kansas City Symphony and taught at the conservatory at the University of Missouri-Kansas City.

Nonetheless, it turns out Lamar Hunt had excellent business skills in his genes. From his own money, he founded the Loretto Companies, which now includes Loretto Foundation, Loretto Commercial, Loretto Properties, and Loretto Sports Ventures. 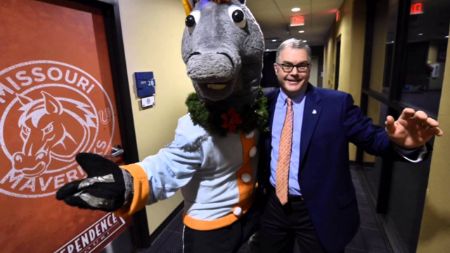 Lamar Hunt Jr not only inherited good business sense from his father but his passion for sports as well. He was a big fan of hockey, and in 2015, he bought Missouri Mavericks. In 2017, he changed its name to Kansas City Mavericks. Furthermore, in 2018 he became the owner of the Topeka RoadRunners.

Lamar Hunt Jr and his wife Rita resides in Leawood, Kansas. It is reported their house is worth a million dollars.

Rita Mae Hunt is the second wife of Lamar Hunt Jr. She is also Catholic just like her husband.

Jocelyn Hunt was the first wife of businessman Lamar Hunt Jr. She and Lamar were married for nearly twenty years.

Sarah Hunt is the eldest child of Lamar Hunt Jr. She is married to James Arkell.

Lamar Hunt III is the son of Lamar Hunt Jr. and his first wife Jocelyn Hunt. He completed high school in 2006.

Maria Hunt lives in Bend, Oregon and is a producer at Wahoo Films. She completed high school in 2009.

John Hunt is an alum of The University of Kansas. He lives in Leawood, Kansas.

Jocelyn is named after her mother. She lives in Dallas, Texas. She studied at The University of Kansas.