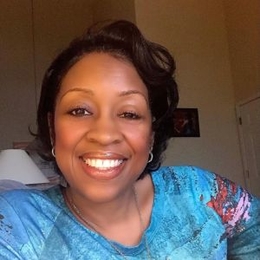 LaTarsha Holden is best known as a motivational speaker who inspires people to live successful lives. Besides, Holden is also a published author of No Longer Lost: From Homelessness to Overcomer, No Longer Lost, and Leadership Principles.

Motivational speaker, Dr. LaTarsha Holden, is a proud mother of six beautiful children. In fact, LaTarsha Holden became a mom for the first time in her teenage years. Not to mention, during her early life, Holden faced many hardships like poverty, homelessness, and relationship abuse. 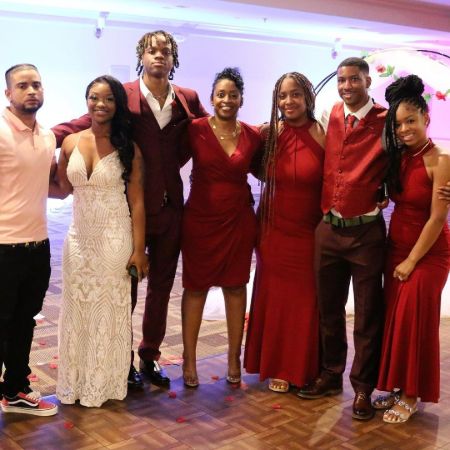 Despite a lot of hurdles on the way, LaTarsha managed to overcome them. Thanks to her immense dedication, all of her children are now successful adults who are standing on their own feet. Previously, she got divorced from her anonymous husband who sadly passed away in September 2019.

Speaking of her children, Omega Holden, the youngest child recently, graduated from North Atlanta High School. Another son Felipe Holden served in the marines for 10 years. Her daughter  LaTarshat Holden enrolled in the military and is an alumnus of Purdue University.

On the other hand, Antonio Holden also joined in Army in 2019. Nico Holden is another loving and caring son of the author. LaTarsha's second daughter Sierra Holden who studied EMT-Basic at LRC Fortis College-Atlanta is also a mother of two children. 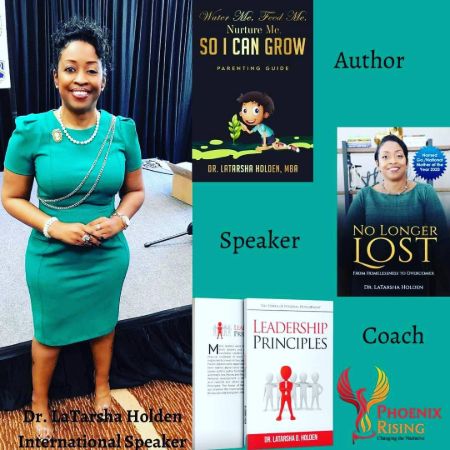 Moreover, her book No longer lost: From Homeless to Overcomers got huge praise. The book described her struggle from rags to rich. In addition, she has explained how difficult it was for her to overcome homelessness with six children and continue her Ph.D. in Leadership Studies.

Not to mention, LaTarsha also ran for Political candidate for City Council, Georgia, in the year 2017 as an advocate to support helpless single mothers, homeless people, and low-income communities. Nevertheless, LaTarsha always works tirelessly to make her life meaningful by inspiring people never to give up and always be hopeful about their dreams.

The professional life of LaTarsha Holden began in 2001 as an entrepreneur of a family-run business called LDW Energy Control & Construction Services. There, she managed sub-contractors and employees. Later, LaTarsha also founded a humanitarian organization named after her youngest son, Omega, to serve homeless women and children.

Watch the video of LaTarhsa Holden speaking on her struggle of being homeless with six kids below.

LaTarasha published a dozen books, including No Longer Lost: From Homelessness to Overcomer, No Longer Lost, and Leadership Principles which were commercials. Holden is also the author of Children's books and comics.

Currently, LaTarsha serves as the CEO of the company Phoenix Rising since January 2020. For the firm she founded, she works as a motivational speaker, personal development coach, and workshop facilitator. From her illustrious life journey, LaTarsha has accumulated an estimated net worth of $2 million.

LaTarsha Holden signed a divorce paper with her anonymous husband who sadly passed away in September 2019.

Omega Holden is the youngest son of LaTarsha Holden.

Felipe Holden is the second son of LaTarsha Holden who served in the marines for 10 years.

LaTisha Holden is the daughter of LaTarsha Holden. She has five other siblings.

Antonio Holden is the son of LaTarsha Holden who joined in Army in 2019.

Nico Holden is also the caring son of LaTarsha Holden.

Sierra Holden is the second daughter of LaTarsha Holden.