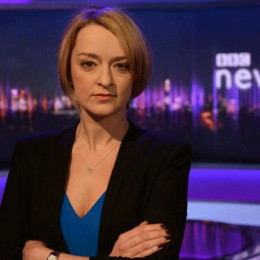 Laura Juliet Kuenssberg is a journalist, working as a Political Editor of BBC News, the first lady to hold the position in the station. For her work as home affairs correspondent, she received a regional Royal Television Society award.

Laura Kuenssberg was born Laura Juliet Kuenssberg in 1976 in Italy. Her father, Nick Kuenssberg is a Scottish businessman, and mother, Sally Kuenssberg, CBE. Her mother gave birth to Kuenssberg while in Italy as her father was working there for Coats Viyella. She holds British/Scottish nationality and is of white ethnicity.

She spent most of her childhood in Glasgow along with her two siblings, David, now an executive director of finance and resources at Brighton and Hove City Council and Joanna, a 2014 member of the British High Commissioner to Mozambique.

Kuenssberg studied at Laurel Park School, a private girl's school. Then she attended the University of Edinburgh where she studied history. Later, she joined Georgetown Univerity in Washington D.C and graduated in journalism, subsequently working for NBC News political program.

Laura Kuenssberg began her career working for local radio before joining the cable television in Glasgow. In March of 2000, she landed a job at the BBC North Wast and Cumbria. For her work as home affairs correspondent, she won a regional Royal Television Society award.

As a chief political correspondent for BBC News, Kuenssberg reported for Daily Politics, BBC One bulletins, and BBC News. Her presence in between the general election and the formation of a coalition government under David Cameron in May 2010 was significant. For her role, David Aaronovitch gave her the name Kuenssbergovision. 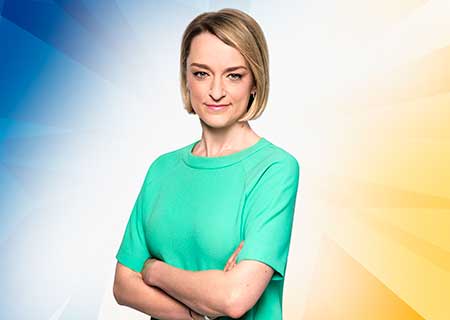 In September 2011, she left her job at BBC at joined the newly vacant position of business editor for ITV News. Her position in the BBC News was taken by Norman Smith from BBC Radio 4. She made debut as co-newscaster from News at Ten with Alastair Stewart on 27 August 2013.

She returned to BBC on 12 Nov 2013 as chief correspondent and a presenter of Newsnight.

Kuenssberg, in 2015, became the first woman to be appointed BBC's political editor. She was involved in Labour MP Stephen Doughtry's resignation announcement as a shadow foreign office minister on Daily Politics.

Kuenssberg was accused of being biased against Jeremy Corbyn, a Labour Party's leader, after the 2016 local elections. She was dismissed after the allegation. However, David Babbs, the executive director of 38 Degrees, later, withdrew the petition citing "focal point for sexist and hateful abuse made towards Laura Kuenssberg" on other social media websites such as Twitter although it was acknowledged that this represented "the actions of a small minority.

The BBC Trust accused Kuenssberg of breaking the broadcaster's impartiality and accuracy guidelines in Jan 2017. A viewer complained that her report of November 2015, an interview with Jeremy Corbyn on the BBC News at Six, was edited to portrayed Corbyn's disagreement with the use of firearms by police in incidents such as that month's terrorist attacks in Paris.

During the 2017 general election, Kuenssberg received protection as the BBC felt that she was in danger, as she had received online threats and the abusers were Jeremy Corbyn's supporter.

In September 2017, she had a bodyguard at the Labour Party conference.

Kuenssberg was awarded Broadcaster of the Year by the Political Studies Association in Nov 2016. In December of the same year, she won the Journalist of the Year award.

Lauren Kuenssberg from her successful career may have collected a decent sum. However, the details of her net worth are not available to the public. According to the sources, the editors of BBC have a base salary of some around $69-$75.

Further, while she served as a political editor at BBC, she earned around $258k (£200K)per year. As of 2017, Kuenssberg has maintained a net worth of $2 million.

Laura Kuenssberg is a married woman. She is quite secretive about her private life with media which might be the reason she hasn't revealed much about her husband details. However, some online sources claimed her hubby's name is James Kelly, a management consultant. The couple has no children. They currently reside in East London.

He is the first and current husband of Laura. Details about their marriage has not been disclosed to the media yet.