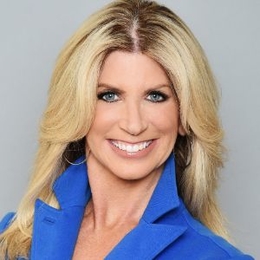 Laura Okmin is truly an inspiration for many female sportscasters. Not only has she been able to make a name for herself in the male-dominant field but also successfully sustain for such a long time in the field where it is believed that female reporters have a shelf life.

Laura Okmin is Married; Learn about her Husband, Wedding, and Children

Laura Okmin first met her future husband, Michael Hagerty, in 2013. At that time, both were not interested in a serious relationship and thus started dating casually. Little they knew they would develop a strong bond over time, and five years later, in July 2017, the couple will become husband and wife.

Laura and Michael tied the Knot in a small ceremony among friends and family. For the big day, the veteran sportscaster wore a straight white dress with a sweetheart neckline. In comparison, the groom opted for a light grey suit with a white shirt. 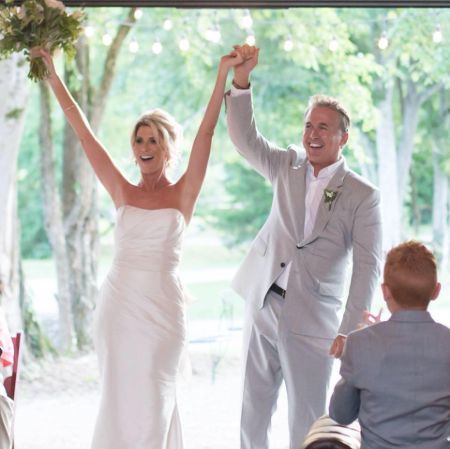 As of now, the couple does not have any children and lives in Nashville, Tennessee, with their two dogs Booyah and Cash.

Laura Okmin is an NFL Reporter and Founder of GALvanize; Learn her Net Worth

Laura Okmin is a veteran of sports broadcasting. She has covered 10 Super Bowls, 3 Olympic Games, and multiple World Series and NBA and NHL Championships in more than thirty years of her career.

Since 2002, Okmin is working with FOX Sports Network in various capacities. She is currently a reporter for the NFL on Fox and feature reporter for FOX NFL SUNDAY and FOX NFL KICKOFF. 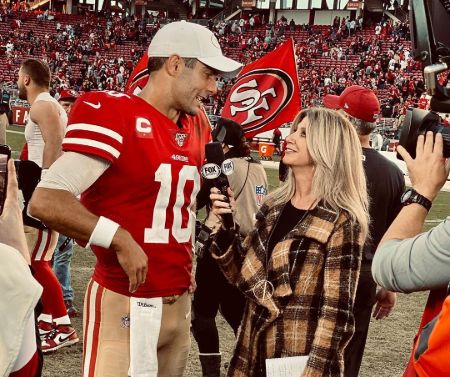 Previously, the University of Kansas alum worked for CNN, TNT/TBS Sports, hosted three national FSN shows and was a sideline reporter from the Orange and Fiesta BCS Bowl Games.

In addition to reporting, the 48-year-old gives media training to professional athletes, coaches, sports teams, and business professionals. She is the media/communications consultant for the Professional Women’s Hockey Players Association. Furthermore, she attends various events as a speaking guest. Her speaking fee can go up to $25,000.

Okmin is also the founder of the company GALvanize. It provides training and mentoring to young women entering the sports world. Also, with her husband, Michael, she has started a production company, OKERTY Entertainment, which produces scripted and unscripted content. 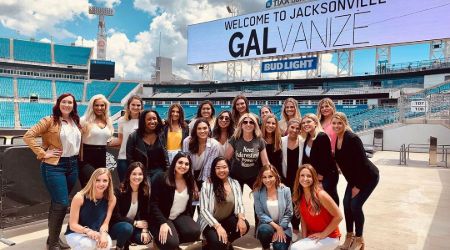 Laura Okmin at one of the boot camps of GALvanize. IMAGE SOURCE: Laura Okmin's Instagram

Okmin's Net Worth is not disclosed in the media. Nonetheless, given her body of work, it would not be surprising if her Net Worth is in the millions.

Michael Hagerty and Laura Okmin are married for three years. The couple does not have any children.