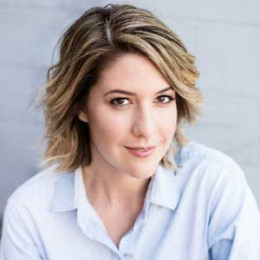 Laura Zak is an actress and writer.She is well known for her movies including Her Story (2015), #Hashtag: The Series (2013) and Advocates (2017). She is well known for her series called 'Her Story,'a groundbreaking new series that explores dating and relationships among trans and queer women. Zak has a strong background in activism and social justice work, and so she is well-versed in using art as a tool for quickening social change.

Laura is a writer, actor, producer, and activist. She is the co-creator and co-writer of the Emmy-nominated and Gotham Award winning series 'Her Story' and is a writer and voice actor for Amazon’s upcoming animated series 'Danger & Eggs.'

She attended Phillips Exeter Academy and went on to study journalism at Boston University, creative writing at Northwestern University, and obtained a Classics diploma from St. John’s College in Santa Fe, New Mexico.

In 2013, Laura Zak co-created and starred in the web series #Hashtag, which was identified by Indiewire as a potential “next Broad City’.

She appeared as an actor in many films, series, and music videos, including many videos on 'Buzzfeed,' and in the movie 'Spunkle.'

Laura worked for eight years as Campaigns’ Manager for Eve Ensler’s V-Day, a global movement to end violence against women and girls.

She won Gotham Independent Film Award for Breakthrough Series 'Short Form'. Zak and Jen Richards together co-wrote the series 'Her Story', a series about dating lives of transgender and a queer woman.

Laura Zak is very secretive about her dating life. Till now she has not disclosed anything about her affairs. She is more focused on her career rather than being in a relationship with any guys.

Maybe she is dating someone, but for now, Laura is still single.

Laura Zak is living a lavish life and seen wearing branded clothes. She often travels to differents places. As of 2017, she has an estimated net worth of $2 million.