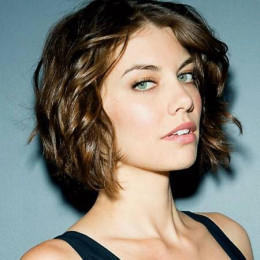 Lauren Cohan is a British-American actress and model. She is popular for her portrayal as Maggie Greene on AMC’s hit series, The Walking Dead. She has portrayed Martha Wayne in Batman v Superman: Dawn of Justice. She has won several awards in her career.

At the age of 13, Cohan moved to the United Kingdom with her mother. She took her stepfather’s surname, Cohan after her mother's second marriage. She has five younger siblings and a stepsister. She grew up and spent her childhood days in Cherry Hill, New Jersey.

Cohan graduated with a BA degree in drama and English Literature from the University of Winchester. She had co-founded at the University before working with a theater company. She worked on several movies and some non-commercial projects splitting her time between London and Los Angeles.

Cohan debuted her acting career in 2005. She portrayed Sister Beatrice in the movie, Casanova. She was cast as Bela Talbot in season three of the popular TV series, Supernatural.

Cohan earned popularity after portraying Maggie Greene on AMC’s smash hit, The Walking Dead. She was cast alongside her co-star and on-screen boyfriend, Stevie Yeun.

Cohan is unmarried and does not have any children. She is not dating anyone at the moment and is focused on her career. She has not involved herself in any kind of controversial situation.

There has been no rumor of her having an affair or relationship with anyone in the past. Though her name was once linked with one of her co-stars we can only consider that as her on-screen romance.

Cohan stands an amazing height of 1.7 meters. She has earned a huge amount of salary from her acting career. She has earned a lot from the hit series, The Walking Dead. She played the role of Martha Wayne in “Batman v Superman.”

Cohan has been honored with many awards including Satellite Awards, Eygore Awards, and People Choice Awards. She has the net worth of $2 million.