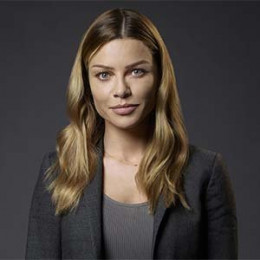 American actress, Lauren German enrolled at the University of Southern California, studying anthropology. She has worked in the crime drama "Born Killers" (2005), the thriller "Rx"(2005), the romantic comedy "Standing Still" (2005), the drama "It Is Fine! Everything Is Fine"(2007), and the musical drama "What We Do Is Secret" with Shane West. Lauren starred in the first two seasons of the NBC drama named "Chicago Fire" in a character of Leslie Shay, the paramedics from 2012 to 2014.

Lauren German was in a relationship with Ashton Holmes in 2009 and broke up in 2010. In 2016, she began starring as Det. Chloe Decker in the Fox fantasy comedy-drama 'Lucifer'. German also starred in the French apocalypse thriller 'The Divide'. In 2003, she auditioned to star in the horror film 'The Texas Chainsaw Massacre', a remake of the 1974 film but the role went to Jessica Biel and German won the role of The Hitchhiker.

Currently, there is no news of her dating someone or having a boyfriend. But in recent years when she played a lesbian character on the TV series Chicago Fire, people started questioning her sexuality. As she is not involved in any type of affair with a man she was suspected to be gay. However, she has made clear that she was just portraying the character and is not a lesbian.

Lauren German was born on November 29, 1978, in Huntington Beach, California. She studied at Los Alamitos High School before joining Orange County High School of the Arts for the further college-level education. She then went to the University of California for her graduate study.

Lauren started her acting career in 2000. She is best known for her work in the major popular drama titled A Walk to Remember through which she received excellent appreciation.

German is not married yet. In fact, she has never revealed anything about her relationship status and past affairs. She is rumored to have dated a baseball player Barry Zito and Ashton Holmes from 2009 to 2010. However, she never confirmed these boyfriend rumors.

Lauren's net worth is estimated to be $1 million.