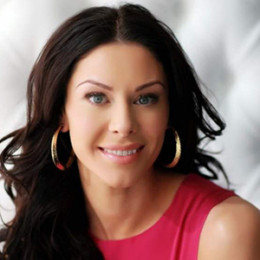 Lauren Kitt Carter is an actress and producer, best known for starring in One Life To Live (2013) and Dead 7 (2016) and The Pendant (2010). She is widely known as the wife of famous, highly celebrated name in the world of music Mr. Nick Carter as many people know her by the name of her husband. Besides acting, Lauren is also a Fitness Expert/Trainer and Fitness Competitor. Kitt also played a boot camp instructor on an episode of One Life to Live in 2013.

On April 12, 2014, Lauren Kitt Carter married her boyfriend of four years, Nick Carter, following a 13-month engagement. The couple wed during an intimate beachfront ceremony in Santa Barbara, which was attended by some of Carter's fellow BSB band mates, including A.J. McLean, who described the ceremony as "bittersweet" to People. On Oct. 27, 2015, it was announced that Lauren and Nick were expecting their first baby together, and on Nov. 2, 2015, they revealed they were having a baby boy.

Backstreet Boys singer Nick Carter proposed Kitt with a 7-carat diamond in February 2013 and she married her boyfriend of 4 years following a 13-month-long engagement. They exchanged vows in a ceremony in Santa Barbara, California, in 2015, surrounded by loved ones including bandmates AJ McLean, Howie Dorough, and Brian Littrell.

Lauren Kitt Carter welcomed a baby boy at the age of 32 on April 19, 2016. Odin arrived after a 30-hour labor and waterbirth at the couple's home. He weighed in at 8 lbs.