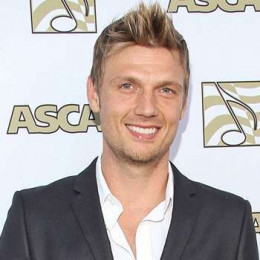 Nickolas Gene Carter is better known as "Nick Carter” is a singer who is famous as a member of the pop group the Backstreet Boys. He is known for his albums Now Or Never, I'm Taking Off and All American. Besides singing, he has made occasional TV appearances and starred in his own reality shows, House of Carters and I (Heart) Nick Carter.

Nick Carter is happily married to Lauren Kitt since 2014. His wife is an actress by profession. The duo is blessed son Odin Reign Carter on April 19, 2016.

Previously, Carter was linked up with Kristen Kukta, Marina Poldervaart, Sandy Babe and many more.

Nick Carter holds an estimated net worth of $35 million.

Nick Carter was born on January 28, 1980, in Jamestown, New York, U.S. He was born to Jane Elizabeth and Robert Gene Carter, owner of a bar called the Yankee Rebel.

An American actress Lauren is the one and only beloved wife of Nick, whom he married in Santa Barbara, California in 2014.

He is the first child of Nick, who was born healthy weighing 8 pounds, 11 ounces.