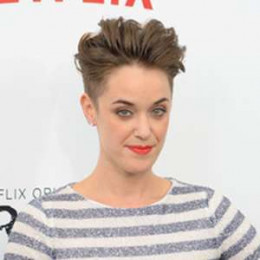 Lauren Morelli is a writer best known for her work on the Netflix original series named 'Orange Is the New Black'. She graduates from Winchester Thurston School.

Morelli began her career with short stories and small blog pieces until she landed her first professional writing position on the 2013 Netflix series named 'Orange Is The New Black'. She also worked as a playwright. Her short play named  "Roach & Rat" was featured in Lesser America's production of 'Just Right Just Now'.

Lauren Morelli was previously married to Stephen Basilone, a producer and writer, known for The Goldbergs (2013), Almost Funny (2005) and Below the Law (2008). The couple married in 2012 and divorced on 12th September 2014 after she became openly lesbian. She then married lesbian Samira Wiley, an actress, and producer popular for Orange Is the New Black (2013), Nerve (2016) and The Sitter (2011).The couple engaged in September 2014 and married on 25th March 2017 in Palm Springs, California.

Lauren Morelli was previously married Stephen Basilone, a producer, and writer.The couple married in 2012 and divorced on 12th September 2014.