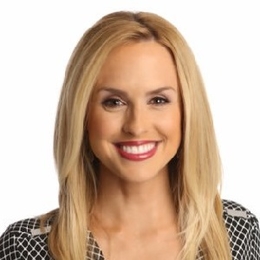 It isn't late or won't matter for a hardworking person to switch their career to a different path even though they already have a successful profession. Just like that, Lauren Thompson also changed her career from acting and modeling to television personality, and she never had to turn and look back. Thompson currently works for Golf Channel as a co-host for Morning Drive.

Shares A Blissful Married Life With Her Husband

Along with a successful profession, Lauren Thompson is also enjoying a happy married life with her beloved boyfriend-turned husband, Richard Frucci. Her spouse is a real estate agent based in Orlando, Florida. 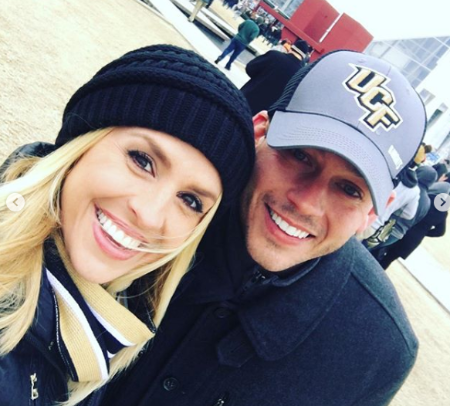 Thompson and her partner met each other at the University of Central Florida, where they studied together and were classmates and friends. Later their friendship turned to a romantic relationship, and it soon skyrocketed. The two graduated together in 2005 and remained as a boyfriend and girlfriend for a few years.

Finally, on 11th October 2009, the lovebirds engaged, and the television personality took Twitter to announce the happy news to her fans and well-wishers. 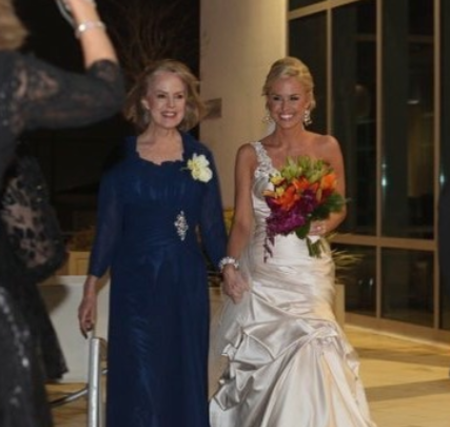 Lauren Thompson with her mother on her wedding SOURCE: Instagram (@laurenthompsongc)

Similarly, Thompson and her fiance Richard did not do delay to take their relationship to the next step, and just two and a half months later their engagement, the pair tied the knot in January 2010. But, neither Lauren nor her spouse Richard has disclosed the details of their wedding, such as its venue and the actual date.

Probably, they exchanged the vows in an intimate ceremony in the presence of their close friends and family members. Although the details of their marriage are concealed, the husband and wife are living happily and share an unbreakable bond.

Morning Drive host, Lauren Thompson, and her hubby Richard are proud parents of two adorable kids, sons. They waited for almost three years to start a family. On her 31st birthday on 9th September 2013, when her co-workers wished her birthday with a cake on the morning show Morning Drive, she also made a great announcement. 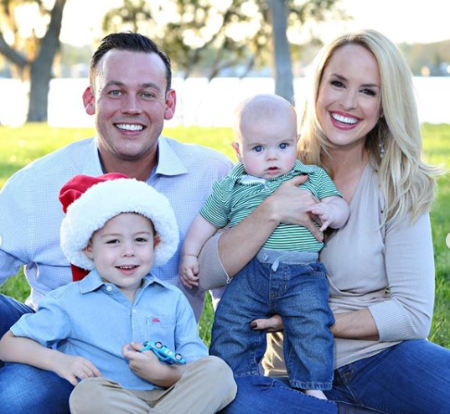 Lauren Thompson with her spouse and children SOURCE: Instagram (@laurenthompsongc)

While speaking on the show, Thomson thanked her co-hosts and said that 31 is going to be her best year. Similarly, the former actress told that she had a little bit announcement to make and taking out a T-shirt from a box she said;

Her co-workers were surprised and were happy to hear the news, and they likewise congratulated the soon-to-be mom. What's more, Thomson also disclosed that its a baby boy and further asked for some parenting advice to one of her co-hosts Damon Hack, the father of three. 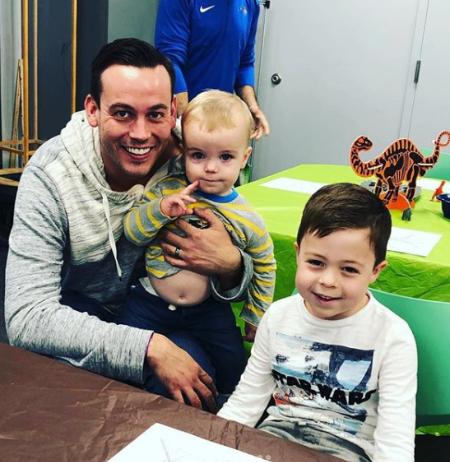 Later in January 2014, Lauren gave birth to her first son; however, she is yet to reveal the identity of her son. Moreover, on 13th July 2017, the couple welcomed their second son, who weighed 8 pounds and was 21 inches tall. Well, Thompson has concealed the name of her younger baby as well.

Although the identity of her kids is under the sleeves, Thompson does not keep them away from the media. Well, the former model frequently shares pictures of her offsprings on her social accounts. She is a loving and caring wife, as well as a mother. Despite being busy with her profession, she always manages to spend quality time with her family.

Lauren Thompson is a former actress, as well as a model. For more than ten years, she worked as a print and voice-over model for different magazines and agencies. She likewise appeared on television commercials and music videos.

Later, she began to work as a television personality. In 2007, she joined Total Nonstop Wrestling (TNA) and worked until she got fired for harassing Lacey Von Erich in 2009. Thompson then began working on Golf Channel in 2009.

Since then, she is still working for the chanal and co-hosts a daily morning show Morning Drive. She works alongside Paige Mackenzie.

Earns Well From Her Career

An American television personality Lauren Thompson has an overall net worth of $1 million, which she summoned from her multiple careers. She previously worked for magazines and agencies as a model and also played on music videos.

Since 2009, she is the regular host of Morning Drive, a daily morning show of Golf Channel. As a host of the show, she receives an average annual salary of around $60,000 from the channel.

Lauren Thompson and her husband Richard Frucci welcomed their second baby, son in 2017.