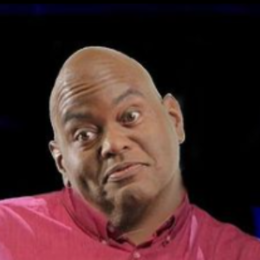 Who's Lavell Crawford's Wife? How is His Married Life?

Lavell Crawford is a married man. He is married to his girlfriend-turned-spouse, DeShawn Crawford. DeShawn Crawford runs an online boutique named Donita Marie, and their stocks are tops, jumpers, dresses, jackets, and many more. Lavell and DeShawn started dating in 2007. 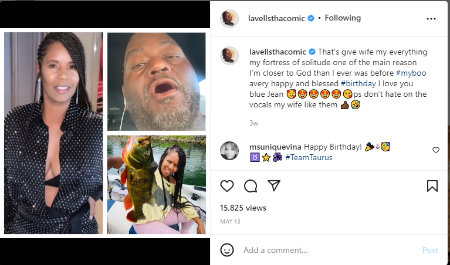 The duo exchanged their vows on 14th February 2009. Mr. Lavell Crawford happily welcomed a son, LJ Crawford, with his wife, DeShawn. Lavell is a private person and oversees to keeps his private life a low profile.

Today, Lavell relishes useful life with his wife of fourteen years and their son LJ Crawford. The family of three shares a lavish home in the United States. Overall, the Crawford family has not been involved in controversies.

Lavell Crawford's Net worth and Career

Lavell Crawford has summoned an estimated net worth of $1.5 million as of 2022. He earns from tours and his career as a comedian. St. Louis, Missouri native bags somewhere around $50,000 to $200,000 annually, which is the basic salary of a standup comedian in the United States. 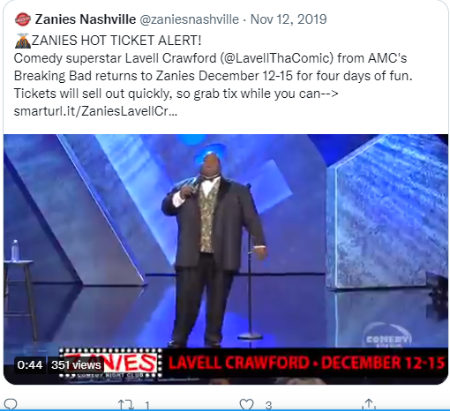 Lavell Crawford works as a standup comedian for the AMC network. SOURCE: Twitter

Lavell Crawford started his career as a standup comedian. He competed in the reality show 'Last Comic Standing' in 2007. The show is a competition amongst standup comedians where he lost to Jon Reep in the two-hour season finale. Crawford has been featured in different shows and movies.

Lavell recorded 'Lavell Crawford: Can a Brother Get Some Love' at the Roberts Orpheum Theatre in St. Louis in 2011. In 2013, Lavell performed on LMAO Comedy Tour and earned popularity in the comedy genre. Additionally, he appeared as Saul Goodman's bodyguard Huell Babineaux in the crime drama series "Breaking Bad."

Crawford featured as a garbageman posturing as a standup comedian by Landslide's stage in 'It's Always Sunny.' He played a small supporting role in 'American Ultra' in 2015. Lavell played as a special correspondent and panel member in 'The Nighty Show' with Larry Wilmore the following year.

Check out the clip of Lavell Crawford doing stand-up comedy!

Mr. Crawford once made a guest appearance in Aqua TV Show as Unbelievable Ron and a chimp alien, Squidbillies, and Your Pretty Face is Going to Hell. Furthermore, he joined the Comedy Central program 'Workaholics' as the character Tyrone, 'The Crazy Ones,' 'For Love or Money,' '4Play', 'Sperm Boat' and many more.