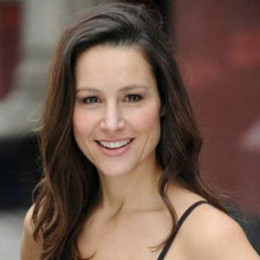 Lea Gabrielle Potts is a well-known personality journalist for Fox News Channel and a general-Assignment reporter for Shepard Smith Reporting. She is a commercial pilot and has also worked for United State Navy as a fighter pilot of F/A-18 Hornet. Lea was famous for covering the stories about the NBC Nighty News web page.

Lea was born in 1975 in Alexandria, Virginia, United States. She attended  Mount Vernon High School in Virginia and graduated from United States Naval Academy with a bachelor degree in mechanical engineering in 1997 in Florida. Later, Gabrielle joined Navy Flight school named Naval Air Station in Florida and worked as a Fighter pilot with Navy SEAL.

In 2009, Lea joined New York Film Academy and studied journalism. She worked as a writer, editor for NBC Nighty News and websites. She used to conduct interviews for White House and Political Correspondents. For her work in NBC, she was awarded digital journalism certificate.

She joined KNSD-TV In September 2011 and after shifting to San Diego, California, she became a military reporter. Currently, Gabrielle is working for Fox News Channel in New York City in since, December 2013.

Lea was in long term relationship with Greg Sutton, a system engineer. They officially became husband and wife on June 12, 2004. Unfortunately, their marital relationship could not last and ended their marriage with a divorce. Currently, Gabrielle is single.

The average salary of Fox News corresponding is around $60,000-$70,000. She has worked for Fox network for more than 4 years so, she may earn a bit more than the average salary. However, her exact net worth has not been disclosed yet.

Lea and Greg married after dating for a long time. They don't have any children. Their marital relationship couldn't last and got divorced.