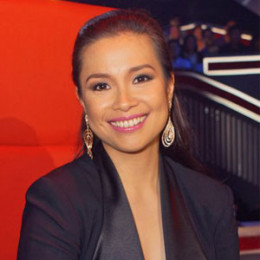 Singer and actress, Lea Salonga is best known for her roles in musical theatre, supplying the singing voices of two Disney Princesses, (Jasmine and Ming-Na Wen) and as a recording artist and television performer.

Lea Salonga was born on February 22, 1971, in Manila, Philippines. She is the daughter of Feliciano Genuino Salonga, a naval Rear admiral, & shipping company owner (1929–2016) and Maria Ligaya Alcantara.

Lea made her professional debut in 1978 at the age of seven in the musical called 'The King and I ' with Repertory Philippines. Lea is the first Filipina ever to win the prestigious Tony Award for her role as Kim in the Broadway Musical "Miss Saigon".

The couple met while doing Flower Drum Song. Salonga and Chien have a daughter named Nicole Beverly Chien, born in 2006.

The couple has a daughter named Nicole Beverly Chien born in 2006.