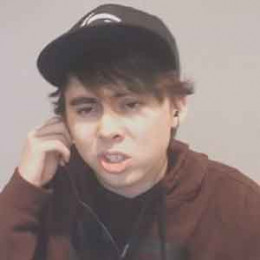 The American YouTuber LeafyIsHere aka Calvin Lee Vail is best known for his gaming and commentary videos. He started off his channel in 2011 from Minecraft videos then shifted to CS: GO game which took his channel to the next level. Besides he also posts videos related to social and pop culture issues. Leafy has been absent from YouTube and it was on December 12, 2017, when he last posted a video.

LeafyIsHere is never been married nor he's rumored to be dating anyone at the moment. Despite being a famous personality he lives quite a low-key life and doesn't share his personal life details.

Calvin might be in a relationship with a special someone but there's the least detail about it yet. Leafy has a huge fan base and his fans call themselves Reptilians and Reptilian Brotherhood.

He was caught in a controversy in 2016 after he made a video titled The Saddest Man on YouTube which was about a fellow YouTuber named MrBlackDarkness666.

In response to the video, MrBlackDarkness666 conveyed hatred towards LeafyIfHere since his girlfriend broke up with him after agreeing to LeafyisHere's points that he shared in his video.

MrBlackDarkness666 in his response video burnt LeafyIsHere's real-life picture with a cigarette and ripped it apart. Leafy then apologized and they appeared together on drama alert.

The same year he made a video titled The Most Heroic Fedora Man on YouTube where he talked about autistic YouTuber TommyNC2010. Since Tommy was getting hate for the video, Leafy took it down and apologized.

It seemed the year 2016 was full of controversies for him as he mentioned a guy named Billy the Fridge as his girlfriend on his Twitter post. Have a look:

Some of his fans replied:

"@billythefridge always knew it would come to this, you guys will make a great couple."

"Ha! Thanks! It was the first thing that came to mind lol"

Despite everything, some expressed their happiness to see them as a pair and said,

"I'm so happy for you!1 such a beautiful couple."

"I'm a gay and I have a boyfriend; totally not being sarcastic but completely a gay. I mean I got my own boyfriend and the shit is fantastic. His name is Jimmy."

He is active in his Twitter handle where he has around 1.01 million followers and he joined the site in November 2011. We are just completely lovely.

For the full video, enjoy the YouTube video that follows below:

Here is the last video of Leafy's channel which titled This video will make you cry.

How Much Is LeafyIsHere's Net Worth?

The YouTuber LeafyIsHere is estimated to have a net worth of $3 million according to various sites. His primary source of income is career as a Youtube star.

His main source of earning is from his career as a YouTuber and gets paid according to the likes and views his videos get. Leafy is said to be earning around $1.4k to $21.9k monthly.

Whatever Happened to LeafyIsHere in 2018-019

Leafy aka Calvin Lee vail's departure from YouTube in the fall of 2017 was not expected by his millions of subscribers. His usually meticulous uploading schedule had showed somewhat in the weeks he possibly quit YouTube for good which  many took as a sign of waning interest in uploading videos.

Surprisingly enough, it wasn't just YouTube that Leafy abandoned because his Twitter account has also been blocked since May 2017. No reason for his absence was ever given directly to his fanbase. Nevertheless, in a 2018 interview he hinted at the possible reason for his departure.

The 24-year-old YouTube commentator added he'd been investing his money in the stock market during his time away from YouTube. Also, that adsense, Google's ad revenue system was at an all-time high during his career something that has since plunged after a number of YouTube controversies.

All in all, this led audience to believe that Vail's YouTube career was motivated almost entirely by bagging money and stopped once tha ability to make living on YouTube became a much difficult prospect.

LeafyIsHere is a YouTube commentator, video gamer and Twitch streamer from Seattle, Washington.

Leafy amassed over 4.2 million subscribers and more than 1 billion views on his channel. In his channel, he posts videos which feature commentaries and in the video, there is always gameplay footage playing in the background.

He did many commentaries on many social stars on his YouTube channel like Jordyn Jones, Jacob Sartorius, Johnny Orlando and so on. He plays games like Story About My Uncle, Overwatch, and Doom. 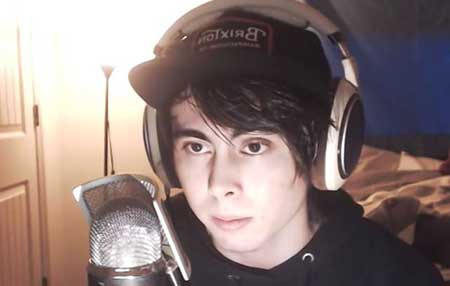 LeafyUsHere started off YouTube channel in 2012 at the age of 16 by posting Minecraft games but since he didn't get positive reviews, he switched to CS: GO game which took his YouTube career to the next level. Then, later on, he started posting videos related to social and pop cultural issues. But it has been around a year since he uploaded a video and his last video was uploaded on December 12, 2017.

He went away from the YouTube world since he wanted to take a break as he wasn't getting the motivation he needed. Recently Keemstar of Drama Alert posted about doing an interview with Leafy and it was on October 25, 2018, when Leafy made his comeback in an interview. 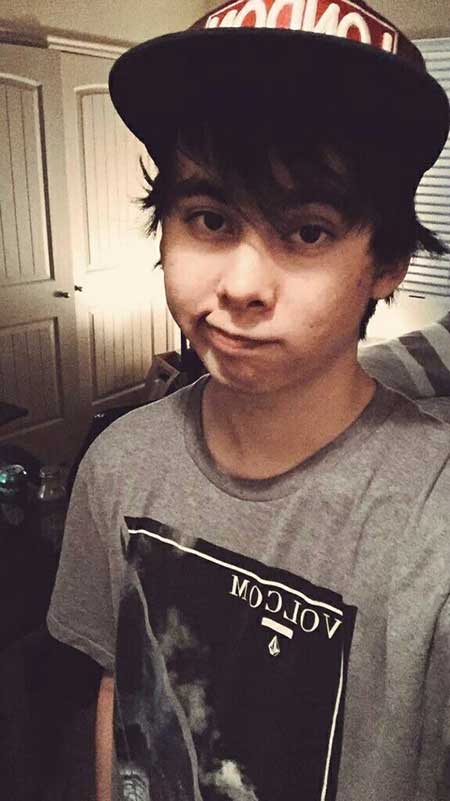 He was raised in a troubled family since both of his parents were drug addicts and to remove his stress he decided to join the YouTube world later on.