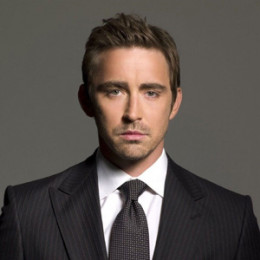 Lee Pace, a 38-years-old American actor, is best known for his role in Guardians of the Galaxy as Ronan the Accuser. He was cast in the ABC series, Pushing Daisies where he portrayed the character of Ned and earned his nomination in Golden Globe and Emmy Award. Lee is possibly single at the moment. He is rumored to be bisexual, but it is not confirmed as he is yet to address the story.

Lee Pace was born on March 25, 1979, as Lee Grinner Pace in Chickasha, Oklahoma. He is the son of Charlotte (née Kloeckler), a schoolteacher, and James Roy Pace, an engineer.

He grew up along with his siblings; Sally and William, spending most of his childhood in Saudi Arabia because of his father's business. Later his family moved to Houston.

Pace studied at the Klein High School in Spring, Texas and for a short time dropped out to act in Houston's Alley Theatre. However, he later returned to school to graduate from Juilliard School in 1997 after being accepted by the school's Drama Division as the member of Group 30.

After graduation, he starred in several off-Broadway plays. In 2003, he acted in the movie, Soldier's Girl receiving his first public attention.

He received Gotham Award in best actor category and was nominated for Golden Globe award. In 2008, he appeared in The Fall portraying the most artistic roles and received critics and audiences praise.

He delivered an outstanding performance through different movies and TV shows such as; The Twilight Saga: Breaking Dawn – Part 2 (2012), Lincoln (2012), and Guardians of the Galaxy (2014).

Currently, Lee is part of the AMC series Halt and Catch Fire as Joe MacMillan which aired since 2014.

Lee Pace is rumored to be bisexual, but due to his secretive nature, he hasn't confirmed the news. In 2014, he was linked up with his co-actor, Richard Armitage when duo's private photo with family went viral. And in 2016, Richard got engaged to Samantha Colley.

Recently, he was spotted with Laura Donnelly, which created rumors about she being his girlfriend. He was rumored to dating his co-star, Anna Friel when they had a controversial kiss on the comic con of Pushing Daisies.

Even he was linked up with James Calleri, the very first guy to be associated with him and later news spread that Lee left James for Jason Moore. In 2009, he was rumored to be dating Carter Smith.

As impressive as his amazing career, his net worth is also quite remarkable which is estimated to be $5 million from some online sources, but there isn't any official confirmation.