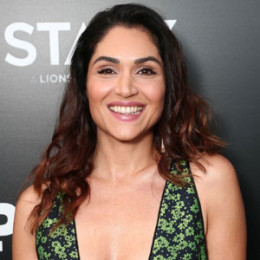 Lela Maria Loren Avellaneda Sharp, better known as Lela Loren, is an American television actress famous for her role Angela Valdes on the American crime drama TV series, Power, besides that she has appeared in numerous TV show including Cold Case, CSI: Miami, Ghost Whisper. Apart from TV drama series, she has played few of the movies like Reign Over Me, The Reunion, Snatch and The Hangover Part III.

Born on 7th May 1980, Lela Loren is a citizen of United State of America. She spent her childhood in the city of Sacramento, California, U.S. along with his brother. Her father is an American and her mother is a Mexican.

She was interested in biology, mistakenly she was assigned to acting class. From the day, her interest in acting rose up. Later, she participated in several college drama shows.

Lela made her acting debut in American Police procedural TV series, Cold Case, created by Meredith Stiehm in the year 2006. The show has about 7 seasons with number 156 episodes. The same year, she made her debut in the movie with Between the Lines.

Though she played several supporting roles in the TV series, her first lead was Angela Valdes in the crime drama series, Power, created by Courtney Kemp Agboh starring Omari Hardwick, Naturi Naughton, Joseph Sikora, Adam Huss and so on.

Moreover, she was last seen in the comedy movie, The Hangover Part III, directed by Todd Phillips in 2014. The movie starred Bradley Cooper, Ed Helms, Zach Galifianakis, Ken Jeong. The movie was one of her successful hit movies made in $103 million budget and successfully collected $362 million in a box office.

Lela is secretive about her personal life and love affair. She might have made a few boyfriends but the news about her relationship never emerged in the media. She is possibly single which gives her more time to focus on her career.