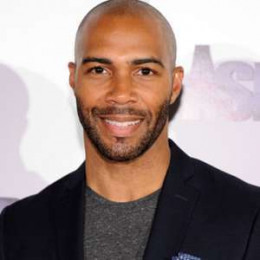 Omari Hardwick is an actor. He is the son of Joyce Hardwick And Clifford Hardwick IV. He has worked in TV series with various roles. When he was in school he used to play baseball as well as basketball and received a scholarship to play football. He is the member of Alpha Phi Alpha. He started his acting career from the TV movie Sucker Free City.

There is a rumor about Omari Hardwick that he is gay, which considers his likelihood by media. However, the truth remains unfound and baseless as he is a married man. Hardwick married his longtime girlfriend Jennifer Pfautch in 2012. The couple is still together with no signs of divorce till date. Hardwick and Jennifer are blessed with two children, a daughter, Nova. In the fall of 2015, the couple told PEOPLE that they are expecting their second child.

Updated: They are now the parents of a lovely son Bravie.

Jae Pfautch and Hardwick married in the year 2012 and shares one daughter. They are expecting another child soon.

Nova is the first daughter of Hardwick and Pfautch. She is now 3 years old and to be precise, she is soon to have a sibling.