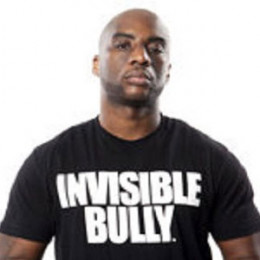 Lenard McKelvy, known professionally as Charlamagne Tha God is an American radio presenter and television personality. He is a cast member of Guy Code, a comedy television show onMTV2. He is famous for being the co-host of the radio show The Breakfast Club.

McKelvey began his career as a radio intern in South Carolina after his release from prison. He is famous for being the co-host of the radio show The Breakfast Club on Power 105.1 in New York City and 93.7 New Hip-Hop in Houston, Texas with DJ Envy and Angela Yee. Besides that, the 37-year-old has also made an appearance in the TV series like Guy Code and Guy Court.

He also released his independent album South Crack: The Album. In 2015 he began hosting the MTV2 show Uncommon Sense. He had previously made an appearance on The Wendy Williams Experience with Wendy Williams on VH1. In the year 2013, he was seen hosting along with DJ Envy and Sofi Green. He featured in the TV Show: Catfish in the year 2015.

Lenard is also an author and has written a book named  Black Privilege which was published by the Simon and Schuster imprint Touchstone. The book was ranked in the sixth position in New York Times  List of best-selling hardback nonfiction.

Lenard is not married yet and has no girlfriend. Maybe he is just keeping his affairs away from the limelight. There is no rumor regarding his dating life. So, it can be assumed that he is currently single.

In his early days, he has been jailed for several fighting cases with different celebrities.