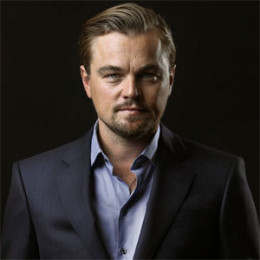 Leonardo Wilhelm DiCaprio is an American actor and film producer and an environmentalist. DiCaprio is the only child of Irmelin, a legal secretary and George DiCaprio and underground comics artist and producer/distributor of comic books. His parents separated when he was a year old and he lived mostly with his mother,DiCaprio began his career by appearing in television commercials in the early1990s after which he had recurring roles in various television series such as soap opera Santa Barbara and the sitcom Growing Pains. In 1993, he began his film career by starring as Josh in Critters but he gained public recognition with leading roles in The Basketball diaries and the romantic dram Romeo+Juliet. DiCaprio established Leonardo DiCaprio Foundation in 1998, anon-profit organisation devoted to promoting environmental awareness, focusing on global warming, preserving Earth’s bodiversity and supporting renewable energy.

DiCaprio’s romantic relationships have been widely covered in the media. He has dated British singer Emma Bunton in 1997. He also dated actress Bijou Philips and the models Kristen Zang and Emma Miller. In 2000, he met Brazilian model Gisele Bündchen, whom he dated until 2005. DiCaprio was romantically involved with Israeli model Bar Rafaeli form 2005 to 2011. Though he has dated lots of women in his life, he is still a bachelor and hasn’t married yet so there is no chance of him being divorced.