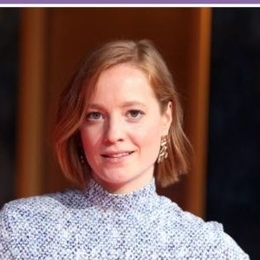 Leonie Benesch catapulted to stardom after playing Abigail Fix in Jules Verne's 1872 novel-inspired show, All Around the World. Later, she landed a major role in TV series and movies like Babylon and The Crown.

Who Is the Husband of Leonie Benesch?

Leonie Benesch has won the million hearts of the audience with her beauty and talent. Despite her popularity, Leonie has successfully preserved her personal life away from the prying eyes of the media and paparazzi. 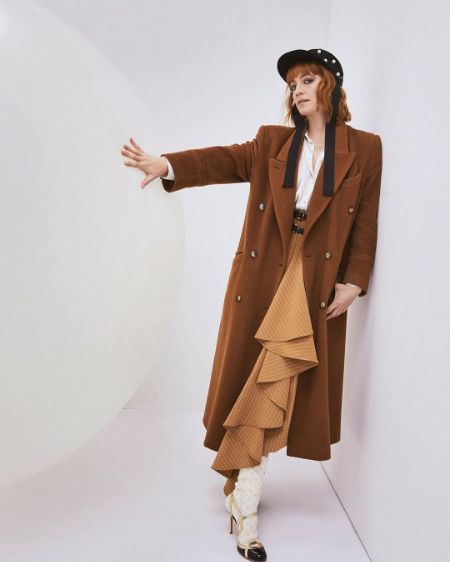 Leonie Benesch was posing for the Photobook Magazine. SOURCE: Instagram(@bertieniekrasz)

Currently, the German actress appears to be enjoying her single life as she hasn't officially introduced anyone as her boyfriend. Most celebrities use social media pages to promote their works and connect with their supporters and fans, but the 31-year-old actress is an exception.

Speaking of which, Benesch is not active on any social media platforms, including Twitter, Instagram and Facebook. The reason for her lack of social media presence is unknown, but she likely wants to keep most aspects of her personal life.

Leonie Benesch has accumulated an estimated networth of $500,000 as the actress is already part of major television shows and movies. She struggled for a while before getting a chance for a recurring character in the Golden Palm recipient movie The White Ribbon.

Check out the video of Leonie Benesch during an interview.

Leonie's landmark year, however, was 2017, as she landed a role in the Netflix drama Babylon Berlin. The German historical series investigates the political environment that led to Hitler's rise to power. Also, Benesch worked in the film The Guardian, which got filmed in English.

Also, Leonie is praised for her work in The Crown from 2017 to 2019. The film star starred as the sister of Princess Cecile and Prince Philip of Greece and Demark. Next year, she landed the role of Overbeck in Babylon Berlin.

As for what Ms. Benesch's got on next, she will be seen in an important role in The Swarm opposite Suliane Brahim, Sofian Khammes and Marie Narbonne. The sci-fi series is a big-budget environmental thriller, which is the adaption of the German bestseller book and is scheduled to premiere on 2022.

Leonie Benesch - Around the World In 80 Days

In 2020, the lady got a major role in the BBC mini-series Around the World in 80 Days. After moving to the UK, Leonie played the spring journalist Abigail Fix, sharing the screen alongside the star cast of Ibrahim Koma and David Tennant. 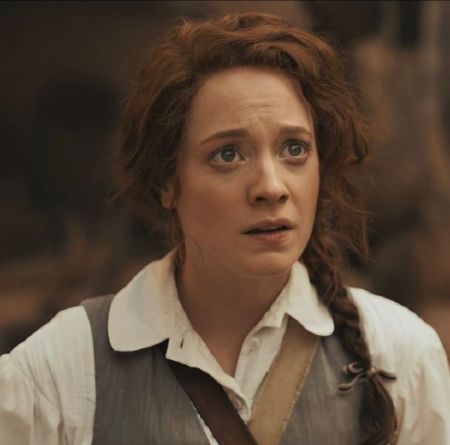 Leonie Benesch portrayed the role of Abigail Fix in Around the World In 80 Days. SOURCE: Instagram(@leoniebeneschfanclub)

The highly-anticipated television show adapts Jules Verne's 1872 classic novel Around The World in 80 Days. The BBC adaption is the eight-part series written by Ashley Pharoah and produced by Slim Film+ Television and first aired on December 26, 2020. 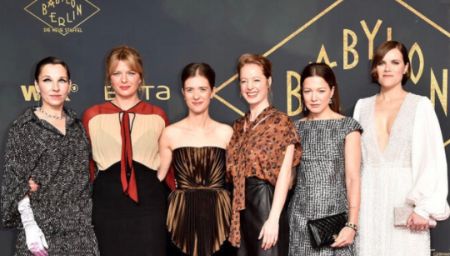 Leonie Benesch with the cast of Babylon. SOURCE: Instagram(@joerdis_triebel)