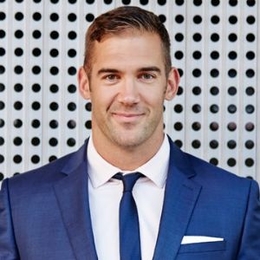 Have you read the titled The School of Greatness and The Mask of Masculinity? If yes, then you definitely know who the writer of the book is. Well, for those who are unaware of the fact, he is none other than New York Times bestselling author Lewis Howes. Besides, he is also the host of a top 100 iTunes ranked Apple podcast, The School of Greatness.

Podcaster Lewis Howes is currently dating his girlfriend Yanet Garcia, a Mexican weathercaster. Besides, she is also a model and actress. The couple began dating in January 2019. Since the starting of their affair, the lovebirds are open. 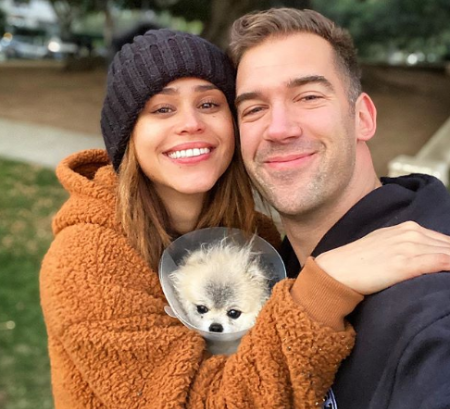 The author and his beloved girlfriend are blessed to be part of each other's life. They spend quality time together and further make public appearances together. Similarly, they are also often spotted visiting exotic places together.

Howes and Yanet keep on giving a glimpse of their love life to the public through their respective social accounts by sharing lovely photos and tagging them. Isn't it a blessing to have a successful professional life as well as personal life? Well, it is obviously yes. 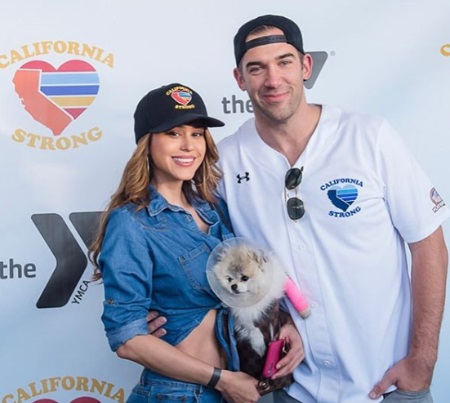 They as well never miss wishing one another on special occasions like new year, Christmas, anniversary, and so on. On 19th January 2020, the lovebirds celebrated their one year of dating anniversary. Gracia shared a lovely picture on the occasion of the special day with a caption as 'This is only the beginning @lewishowes #1year #anniversary #bigbear.'

As the former pro athlete and the model are in a lovely relationship, they haven't revealed the plans to get engaged or married. They are maintaining a peaceful relationship without being part of unwanted rumors and controversies, which could turn their happy relationship sour. 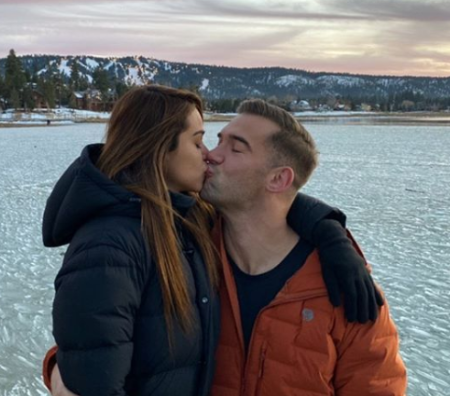 It is the first relationship for Howes, whereas Yanet formerly dated a video gamer Doug Censor Martin aka Faze Censor. They officially began dating in 2015, and it soon got skyrocketed. Yanet frequently appeared on the live streams of her then-lover Doug.

Everything was going well in between them until Dough chose his game over his lover Gracia. After three years of their love life, the two parted their ways, and Gracia revealed that Dough dumped her. Martin first told the news of their breakup sharing a YouTube video titled We Broke Up.

Lewis Howes struggled to get attention from his family and went through several arguments with parents. According to him, he grew up depressed, functionally illiterate, and headed and always worried about ending up going to jail just like his elder brother.

However, everything turned over, and he pursued his career as a professional football player and also became two-sport All-American. Besides, he also became the USA Men’s National Handball Team athlete.

After retirement, he began working as a lifestyle entrepreneur and business coach. He hosted an American web television talk show Inspiring Life with Lewis Howes in 2018. Howes likewise hosts Top 100 Podcast in the World called The School of Greatness.

He is an inspiration and best example for many youngsters who are in a dilemma or struggling with their profession. Howes further featured on Ellen, Good Morning America, The New York Times, People, ESPN, and so on.

Journey To Earning Millions Of Dollars: Net worth

Lewis Howes is a self-made millionaire with an overall net worth of $10 million. From his professional career as a former football player, he summoned a good amount of money.

Besides, he currently works as an entrepreneur, and he likewise hosts different shows and events for which he receives good paycheques. Howes, moreover, became the New York Times Bestselling author for his book The School of Greatness and The Mask of Masculinity from which he made a fruitful income.