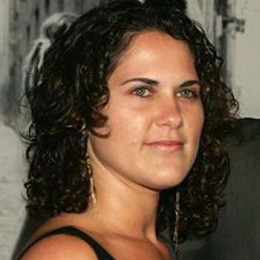 Liberty Phoenix is an American actress. She has appeared in many television productions including Seven Brides for Seven Brothers and Kate’s Secret.

Liberty Phoenix was previously married to Ernesto Asch from 1996 to 2003. Then, she tied the knot to Andy Lord and divorced later. She is a proud mother to her four kids; Emily Lord, Rio Julio Miguel Asch, Scarlette Jasmine and Leo Lord.

Liberty Phoenix has a net worth of $500,000 from her career as an actress.

Liberty Phoenix was born on July 5, 1976 (age 43) in Caracas, Venezuela to Arlyn Phoenix and John Lee Bottom. She is the younger sister of Rain Phoenix, River Phoenix and Joaquin Phoenix.

She has also founded a band named The Causey Way with her sister's Rain and Summer phoenix. And later on, he started teaching at the School of Traditional Midwifery.

She is married twice. There is no any information about her first husband except name and married date. She had dated him for an year and after that they got married in 1996.

She is married to Andy Lord . Other than his name there is also no any information about her second husband. She has no child from her present husband.

Her first child is a son from her first husband. His name is Rio Everest . There is no other information about him.

Her second child is also a son. But unfortuntey he died due to pneumonia. His name was Indigo Orion Phoenix-Asch .

Her third child is a daughter from her first husband. Her name is Scarlette Skye. She is now only fourteen years old and is attending school.