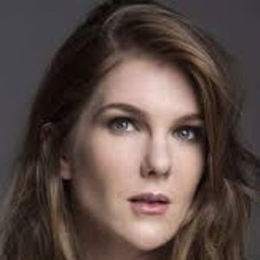 American actress Lily Rabe showcased her talents in various mediums such as Theatre, Television, and Movies for the past two decades. But most people around the world recognize her for multiple roles on the FX anthology horror series 'American Horror Story.'

Lily Rabe and her long time boyfriend Hamish Linklater, before becoming love partners, were work partners. The couple met for the first time in 2010 in the production of "The Merchant of Venice."

Since Linklater, at that time, was married to a playwright, Jessica Goldberg, the relationship between him and Rabe was strictly professional. Nonetheless, the dynamic between these two co-stars began to change in 2012 after Linklater divorced his wife of ten years. By 2013, Rabe and Linklater finally started dating. 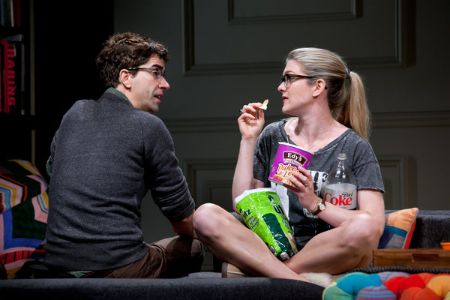 Lily Rabe and her boyfriend, Hamish Linklater, at a rehearsal of a play.
SOURCE: News & Promotions

More than five years have passed since Rabe started seeing Linklater. During this period, the couple sucessfully avoided involving in any cheating scandals. Furthermore, in all these years there were never any rumors of break-up or separation.

In fact, it is not wrong to say, the long-time couple is still head over heels for one another. Whether they are in public events or on social media, they do not hesitate to show affection for one another. They are often seen snuggling or hugging. 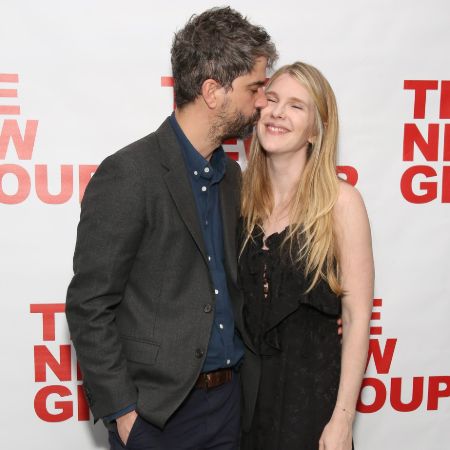 Lily Rabe and her partner showing PDA at a event.
SOURCE: Popsugar

Though there is no doubt the love between Rabe and her boyfriend is deep, the couple is still hesitant to be in a life-long commitment. Till now, there is still no news about their wedding but who knows we might hear the wedding bells ring soon.

Proud Parent of A Daughter

There is a probability that Lily and "The Newsroom" actor might never be bound to one another by marriage but nonetheless, they will always remain connected no matter what because of their baby girl.

The couple welcomed a daughter on March 2017. Though Lily revealed the birth of her kid through Instagram, the actress is yet to disclose the name and face of her little one. The 37-year-old often posts pictures of her kid on her Instagram; however, every single time, she creatively hides her face. 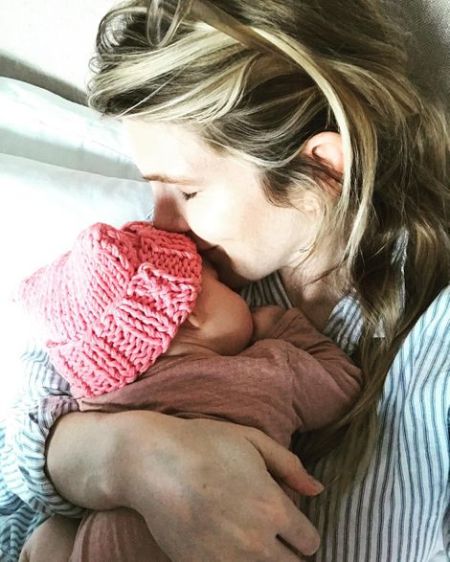 The daughter is the first child of Rabe; however, her boyfriend is also father to Lucinda Rose, who was born to him and his ex-wife Jessica Goldberg.

Lily Is Continuing The Legacy of Her Parents

Lily Rabe's father, David Rabe, is a Tony Award-winning American playwright and screenwriter. He is known for his work in plays such as Sticks and Bones, Streamers, and Hurlyburly.

Rabe's mother was Academy Award-nominated actress Jill Clayburgh. She is best remembered for her work in movies such as "An Unmarried Woman" and "Bridesmaids." 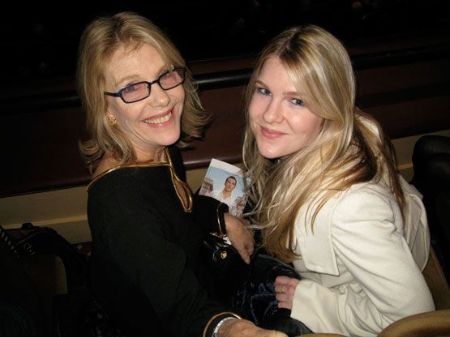 Lily's younger brother Michael Rabe is also an actor and a playwright whereas her paternal half-brother Jason Rabe is a musician.

Though Lily's whole family is in the showbiz, her parents were not thrilled when she informed about her decision to be an actress. They did not want their daughter to follow their footsteps blindly; instead, they wanted her to experience and try other options.

Nonetheless, Rabe was sure she wanted to be an actress and convinced her parents for the same. After realizing that their daughter's true passion was performing, they became her supporters.

Lily Rabe Is A Millionaire!

Lily Rabe holds a total net worth of $2 million. She accumulated this fortune from her work in movies, television, and theatre.

The 1.73m tall, Rabe started acting from 2001 and has continued till now. In her two-decade-long career, she has featured in many award-winning plays such as Steel Magnolias and The Merchant of Venice. Also, she has worked in sucessful movies such as "Vice" and "No Reservations." 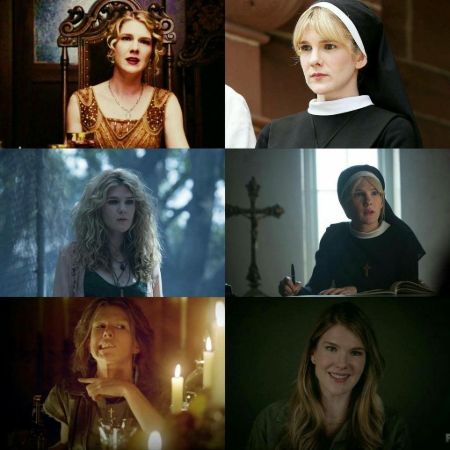 The Tony Award-nominated actress, however, is mostly known to the public for her work in FX's "American Horror Story." She's appeared in eight of the nine seasons premiered. On February 26, 2020, it was announced that she would also be in the tenth season and will share the screen with Kathy Bates, Evan Peters, and series newcomer, Macaulay Culkin.

The news of Lily Rabe's pregnancy broke in December 2016, Three months later she gave birth to a healthy baby girl.