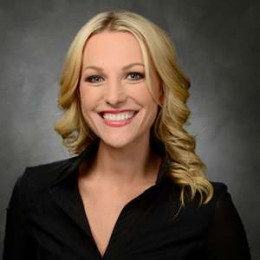 Lindsay Czarniak is an American reporter and sports anchor. She is the daughter of Terri Czarniak and Chet Czarniak, who used to work on the local newspaper. Czarniak graduated from James Madison University with a major in online journalism. She started her broadcasting career as a CNN production assistant. Her first on-air role as a news reporter occurred while working for WAWS in Jacksonville, Florida. In 2006, Czarniak got the chance to cover the sports news for Winter Olympics.

Lindsay Czarniak is married to WRC-TV reporter and weekend anchor, Craig Melvin in 2011. She gave a birth to her first child, a son named, Delano Joseph Melvin, on March 10, 2014, at 36. Rumor exist that she and her longtime boyfriend, now husband is expecting their second child soon. During the NBA finals in 2016's Cleveland vs Golden State, Czarniak confirmed the rumor and announced that she is pregnant.

Lindsay Czarniak got married to WRC-TV reporter and weekend anchor Craig Melvin in 2011.They have one child.