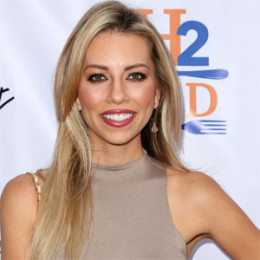 American broadcaster, Lindsay McCormick is currently working in ESPN network as a sideline reporter and a broadcaster. McCormick has worked in several popular networks in different positions. She was rumored to be in a relationship with the Jets star, Mark Sanchez.

Lindsay McCormick was born on 11th March 1987 in Houston, Texas under the birth sign Pisces. McCormick is American as per nationality, and as far as her ethnicity is concerned, she is White. She is the second child born to her parents. McCormick’s grandfather was a former NASCAR driver.

She did her schooling at Houston High School. In 2009, she earned Bachelor’s degree of Arts in Mass Communication and Public Relations Focus.

Lindsay McCormick started her journalism career in July 2007 working as a host. The year of her graduation, McCormick joined ESPN as an intern and later appeared as a host and a reporter for the same network.

Due to some issues in 2010, McCormick left ESPN and joined Comcast as a TV Host. She then worked on various networks in various positions:

Lindsay McCormick is more focused on her career at present instead of focusing on her love life. McCormick is also a private person who prefers privacy when it comes to her relationship and affairs.

Previously, McCormick was rumored to be in a relationship with Jets star, Mark Sanchez. As per some sources, the pair was very close to one another and knew each other since long back. However, the pair revealed that they are only good friends. With no records of her past and present relationships, she is possibly single.

McCormick who has worked for many popular networks recently revealed that she encountered sexism in an interview in NFL. She even wrote a letter to NFL on sexual harassment. On 13th December 2017, she posted her statement on Instagram:

‘’ I've been quiet about this for too long. In my last interview with NFL Network a few years ago, the head of hiring talent said to me, 'If we hire you, do you plan on getting knocked up immediately like the rest of them?' 'Them' as in badass working women who deserve to have a family life as well? 'Them' as the women who work their tails off to be taken seriously in a man's world? Or 'them' who bring you a new audience and a tremendous amount of viewership? Because while I don't plan on 'getting knocked up,' I do plan on being like the rest of those brilliant women that our future daughters will one day look up to and see you can have it all. Kudos to NFL Network for eventually removing this man from his position and for the actions they've taken this week.’’

McCormick raised her voice on the behalf of all the victims of sexual harassment.

Lindsay McCormick, 30, is currently working with ESPN and has successfully collected an estimated net worth of $1 million. However, the exact amount is not yet made official.

Working as a sideline reporter, on an average she earns somewhere around $85k annually. She also worked as a host earning a payment of approximately $22511 yearly.