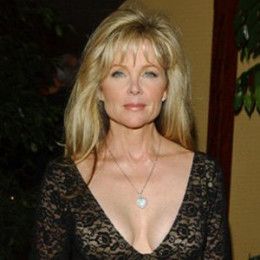 Lisa Hartman is the winner of Soap Opera Digest Awards for Outstanding Actress in a Supporting Role in a Prime Time. She is a renowned actress and a lovely singer as well. She is famous for her role in the TV series Knots Landing. Lisa made her acting debut at the age of 21 by appearing in an American fantasy sitcom starring the role of Tabitha Stephens. Prior to this, she sings and had released an album titled "Lisa Hartman" and "Hold On."(2nd Album)

Lisa Hartman is married to musician Clint Black, whom she dated for years. The duo married on 29th of October 1991 at an intimate yet lavishing ceremony.

The couple welcomed their first child, a daughter Lily Pearl Black in early 2001. Hartman is living a blissful married life with her husband and daughter in Nashville, Tennessee since 2002 after living in Laurel Canyon, Los Angeles, California.

Lisa Hartman Black's estimated net worth is $5 million. As per some online sources, she earned more than $100k per episode from TV series.

Till the date, she worked on dozens of movies and TV series. She also earned a good bulk of sum from her singing career.

Lisa Hartman was born on 1 June 1956 in Houston, Texas. She received a break in the primetime drama Knots Landing.

For more information, stay on marriedwiki.com.

Clint Patrick Black is an American singer, songwriter, musician, multi-instrumentalist, record producer, and actor. He and his wife, Lisa Hartman have a daughter, Lily Pearl Black, born in 2001