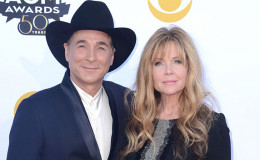 As the saying goes 'Art reflects life', country music is full of heartbreak and pure soul. A lot of celebrity couples don't make it up until the very end but the few who do lives a perfect and wonderful life. Similar is the case of the country musician Clint Black who lives a peaceful life with his wife.

Clint is an American country music singer, multi-instrumentalist, songwriter, musician, record producer, and actor. Regardless of his success in his professional career, the singer never left his wife behind. The couple remained together in every up and down. Know more about Clint Black Married relationship with his wife and their daughter, including his net worth from career!

Clint Black is a married man who walked down the aisle on Oct. 20, 1991, with his longtime girlfriend Lisa Hartman Black.

The duo first met at Clint's concerts. At that time, Lisa came to limelight for her role in the Dallas spin-off Knots Landing. Both of them are the native of Houston, Texas. They soon tied the knot after the duo started dating each other.

The couple together recorded a hit duet "When I Said I Do" in 1999. It reached the top on both of the country and pop charts.

Later in 2001, the "Killing Time" singer welcomed their first and only daughter, Lily Pearl Black with his wife.

The family shares a lovely time with each other and are often seen attending various events. Moreover, the family appeared in the movie "Flicka: Country Pride" in 2012.

As of now, the couple enjoys a long marital relationship. They're still happy together and never came in any controversy regarding extramarital affairs or divorce for the matter.

The country music singer, Clint Black made a fortune out of his career in music and films. As of now, the multi-instrumentalist's estimated net worth is $25 million. Black earned his net worth from hit singles like "Killin' Time", "A Better Man",  and "Burn One Down".

As a 13-year-old kid, Clint learned to play harmonica and wrote his first song later that year. He first touched a guitar at the age of 15 and had a serious attachment to it. More importantly, Clint joined his elder brother's band as a teenager.

As of now, the successful country musician released 12 studio albums as a solo act. In addition, he won the Academy of Country Music's male vocalist of the year in 1989 along with the Top New Male Vocalist Award.

?I was honored to be a part of President Bush’s celebration at Ford’s Theatre at the conclusion of Operation Desert Storm. Rest In Peace. ?

His album "Killin' Time" bagged the 'Album of the Year award.' His single "A Better Man" won the single of the year, the same year. Moreover, the Country Music Association honored him with the Horizon Award the same year.

You May Like: 46 Years Gone And Many More To Go; American Country Singer George Strait Delightful Marriage Life With Wife Norma And Children

In 1990, Clint won the American Music Award for Favorite Country New Artist and Male Vocalist of the Year. 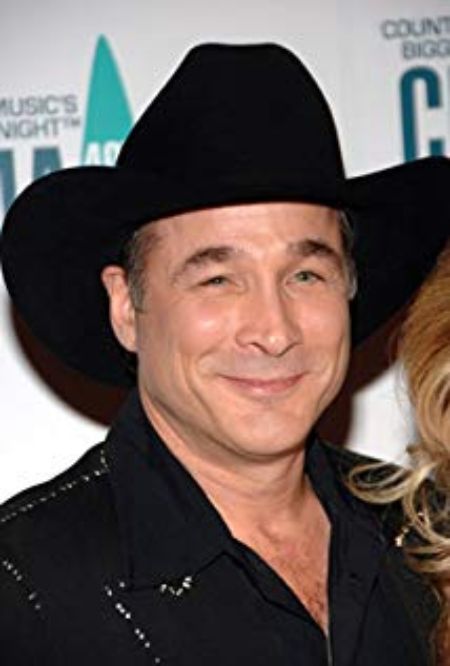