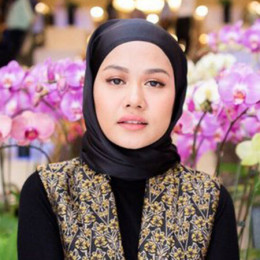 Malaysian actress and singer, Liyana Jasmay is a quite popular face in Asia and all thanks to her captivating looks and brilliant performance in the movies. She is equally popular on Instagram where she garnered a million followers.

Is Liyana Jasmay Married? Get All The Details About Her Personal Life

Liyana Jasmay is happily married to her longtime boyfriend turned husband, Fathuddin Mazlan who is a  Malaysian businessman. The duo exchanged a vow on February 2, 2013, in an intimate yet lavishing ceremony. 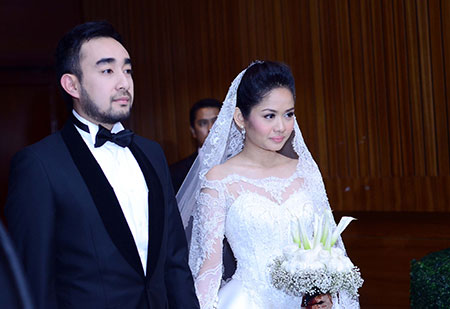 In addition, the couple is proud parents of two daughters; Sofia Arissa, born in May 2014, and Selena, born in January 2016. Moreover, she often said in her interview, how her daughters changed her life positively.

Unlike other Malaysian actresses, Jasmay is quite open up about her personal life to fans and frequently shares family pictures on her Instagram. In the meantime, the Malaysian actress and her family prefer to go for traveling and exploring new places.

Jasmay and her lover turned husband, Fathuddin Mazlan is united as life partners for more than seven years. The cupid most recently celebrated their seventh wedding anniversary on 2 February 2020.

Despite being in a relationship for nearly a decade neither of the pair is involved in extramarital affairs or divorce rumors. In fact, the husband-wife bond between the two has grown stronger than before.

The Kuantan, Pahang born actress, Liayana outbursted against a fan who offered advice via Twitter on donning a hijab on January 14, 2020. The starlet donned that looked like an inner hijab akin to a snow cap in the telefilm Tolong Sata Encik Dinosaur.

While one of her fans acclaimed the half an hour premiere episode, the Twitter user handling the account "xxbyefelicia advised Liyana against dwelling a hijab if she was not ready. Liyana fired up in her response saying it was none of xxbyefelicia's business on how she decides to hear her hijab.

What is Liyana Jasmay Net worth? Know About Her Salary and Earnings

Liyana Jasmay is one of the popular Malaysian actresses and in Malaysia, actresses are paid normally between $24,541 (RM100,091) and $42,789 (RM174,514) as per their experiences and popularity. Her net worth might be somewhere $200 thousand ballparks. 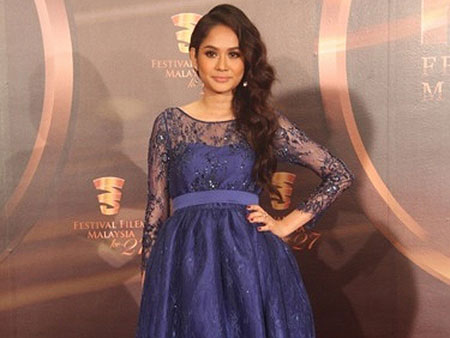 Additionally, she earns a good fortune from her brand endorsements She was signed for the Malaysian Ambassador for Maybelline for 3 years. Further, she is quite popular on Instagram with 1.1 million followers and she made $2,714.25-$4,523.75 per promotional post.

As of April 2020, Liyana owns and runs a Mermaid Studios Sdn Bhd in her hometown. The actress also served as the Ambassador for the ASAP Smoke-Free Lifestyle Campaign since 2011.

Fathuddin Mazlan is a  Malaysian businessman. The duo exchanged a vow on February 2, 2013, in an intimate yet lavishing ceremony.