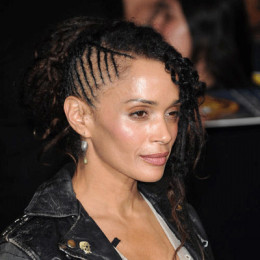 Lisa Bonet is an American actress, recognized best for her role as Denise Huxtable Kendall in NBC sitcom, The Cosby Show. Debuted her career as a child artist, she made her significant roles in several TV series and movies. She has been honored with several awards in her career.

Bonet was born on November 16, 1967, in San Francisco, California, U.S. She was born to Allen Bonet and Arlene. As far as her ethnicity, she has the African-American ancestry and holds an American nationality.

Bonet’s father was an opera singer, and her mother was a teacher. She has several younger half-siblings.

Bonet went to Reseda High School and majored in acting from Celluloid Actor's Studio. She made her debut in 1983 from the television series St. Elsewhere in an episode as     Carla. She has been active in the industry ever after.

Bonet made her guest appearances on television series as a child artist and has participated in beauty pageants as well. She made her debut as Denise Huxtable on an American TV sitcom, The Cosby Show. She was cast alongside Bill Cosby and Phylicia Rashad.

Bonet acted in several movies including Angel Heart, Bank Robber, and Road to Paloma. She has made her appearances in several TV series as well. Her TV works include St. Elsewhere, Tales from the Darkside, Girls, and Ray Donovan.

Bonet has received several nominations and has won several awards as well. She won Best Young Female Superstar in Motion Pictures award for her performance in the movie, Angel Heart in 1988.

Bonet, age 49, is a married woman and has three children. She tied the knot to Las Vegas with American rock singer Lenny Kravitz on November 16, 1987. It was her 20th birthday. She gave to their daughter, Zoe Kravitz on December 1, 1988. The pair separated in 1993. Her daughter stayed with her after the separation.

Zoe Kravitz has admitted that growing up being the daughter of a renowned actress and a famous singer isn't that easy.

In 1995, Bonet legally changed her Lilakoi Moon but still uses her professional name i.e. Lisa Bonet. She started having a relationship with Game of Thrones star, Jason Momoa. The couple met in 2005 through common friends and started building the relationship. 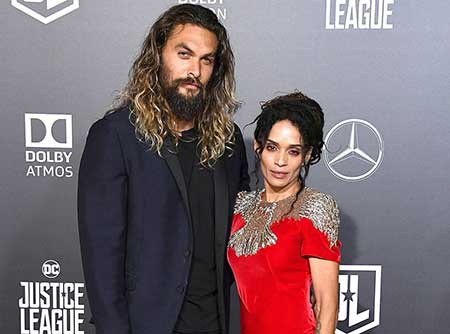 It was widely believed that the couple tied the knot on November 15, 2007, but made it legal in October 2017. She gave birth to their child named Lola Iolani Momoa on July 23, 2007. The couple welcomed their second child, a son named Nakoa-Wolf Manakauapo Namakaeha Momoa on December 15, 2008.

Bonet stands an incredible height of 1.5 meters (5 feet 1 inch). She has made a huge amount of money from her acting career. She has a net worth of $16 million.

He is a singer. She had eloped with him on her 20th birthday. She has a daughter from him. They were living happily but things did not go well and they got divorced.

He is an American actor, model, director, writer, and producer. The two dated for a while before getting married. They have two children together and are living happily.

She is now an adult. She was born when her mother was very young. She is grown into a beautiful lady now.

She is very cute and quite young. She goes to school. She has an older half sister from her mother side and a younger sibling from her parents. She is loved by her parents very much.

He is quite young and goes to school with his older sister. He is very adorable. He is the youngest one in his family and loved by all.