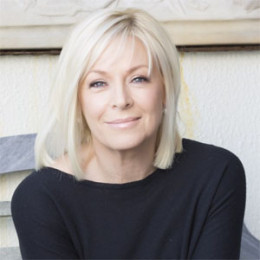 Elizabeth “Liz” Hayes, in short known as Liz Hayes is an Australian Televison presenter. Liz started her career working in the local Manning River Times newspaper where she worked as a cadet journalist. Sh wis primarily known for her long journey of almost 33 years with Nine Network She has worked as a reporter, host and news anchor since 1981 to present. She moved to Sydney with her first husband, where she proves her writing abilities as a journalist working for the magazines New Idea and TV week, she decided to show her journalism skills on-screen It was hard transition for her to change her career from writing background to verbal but she didn’t give up and now she is known for her reporting onscreen.

Previously, Hayes hosted on Today Australia but now it is hosted by
Allison Langdon.

Liz Hayes was married for three times. She first married Brain Hayes, a Builder in her hometown. They moved to Sydney and he helped her emotional and economically to make her career stable.

But thes couple couldn’t be together any longer and they separated. After divorcing her first husband, in 1991 Hayes married John Singleton, an advertising entrepreneur. She was his fourth wife but their relationship couldn’t last long and they divorced. The reason for their divorce is still unknown.

Aas of now, Liz Hayes is living with her current husband Ben Crane, a sound man of 60 Minutes. She has no children form any of her marriages. She also rumored to dated Stefan Ackerie, celebrity hairdresser.