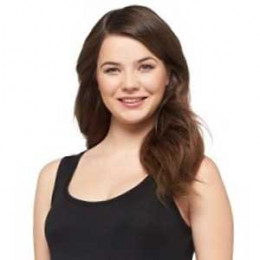 An American fashion designer plus entrepreneur, Liz Lange is the founder of the pregnancy wear, a form-fitting designer in 1998. She signed the deal with Nike, Target and Cherokee Inc. too. Celebrities including- Keira Knightley, Kelly Ripa, and Cindy Crawford prefer her collection. Moreover, maternity clothes designed by her have often been published on the cover of the famous magazine like- Vogue. Lange.

Liz Lange was born as Elizabeth Steinberg in 1966 in Manhattan, New York. She earned a Bachelor degree in Comparative Literature in 1988 from Brown University.

In the starting phase of her career, she started working at Vogue, an American fashion and lifestyle magazine from 1989-1993. After leaving Vogue, she interned for Stephen Di Geronimo's Geronimo label and ultimately became her partner. After that, she started her own idea of maternity clothes.

In 2001, she signed a contract with Nike to introduce a line of athletic wear for pregnant woman. After that, she started collaborating with Target, the second-largest American discount store retailer and created a secondary line, Liz Lange for Target.

Moreover, in 2009 she joined Home Shopping Networks of Stefani Greenfield that was a quick sale out and inspired her to create an exclusive women's wear line for the network, Completely Me Liz Lange.

Liz along with her sister, Jane Wagman introduced a website named, shopafrolic.com. Besides these, she wrote a book titled, Liz Lange's Maternity Style: How to Look Fabulous During the Most Fashion-Challenged Time published in 2003. Her collection was worn by the pregnant celebs including- Keira Knightley, Kelly Ripa, and Cindy Crawford.

Liz Lange married Jeffery Lange in 1996. Jeffery, the managing director at Guggenheim Partners and LLC. The couple has two children together- Gus and Alice.

At the age of 35, she suffered cervical cancer. She went through a hysterectomy, radiation treatment, and chemotherapy. Liz openly spoke about her illness with the numerous publications including USA Today and People.

The designer, Lange might have a net worth in millions. Her maternity collections are very popular all over the US as even celebs prefer the collections. She along with her family member is living a high profile life.

Liz Lange married Jeffery Lange in 1996. Jeffery is the managing director at Guggenheim Partners, LLC and focuses on insurance products. The couple has two children together- Gus and Alice.

Gus Lange is the first son of Liz Lange and Jeffery Lange. Gus is 2 years older than her sister Alice loves to play guitar, baseball, and football as well.

The second child of Liz Lange and Jeffery Lange is Alice Lange who was born in 2000. She is an animal lover and has an elder brother, Gus.