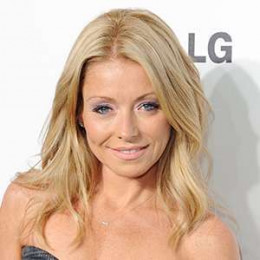 She attended Camden County College and studying psychology. Aside from local TV gigs, Ripa's first national television exposure she appeared as a regular dancer on Dancin' On Air, leading into Dance Party USA. Ripa was cast in her first major acting role in 1990 as 'Hayley Vaughan', a troubled party girl, on 'All My Children'. 'Live!' won its first Daytime Emmy Award for Outstanding Talk Show on 23rd June 2012. On 16th May 2016, the show's name was changed to 'Live! with Kelly' after Strahan's last show before his move to 'Good Morning America'.

Ripa also recognized for her work on the Disney Parks Christmas Day Parade,  which she co-hosted from 2001–2009, with the Emmy Award for Outstanding Special Class Special in 2006.

On 15th September 2006, Ripa broke the Guinness World Record as twenty-four banana-cream pies were tossed at her mouth in one minute.Also on 16th September 2011, she broke the Guinness World Record for Most Grapes Trodden in 1 Minute. Ripa is an award winner actress along with five Soap Opera Digest Awards and three Daytime Emmy Award nominations for playing 'Hayley Vaughan on All My Children'.

An actor Michael Joseph Consuelos was born on 2nd June 1997.

Her daughter Lola Grace Consuelos was born on 16th June 2001.