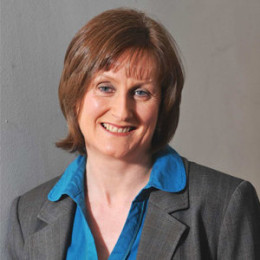 Liz Shanahan is a celebrity wife, she is best known as the wife of American chef, author, and restaurateur Michael Symon. She came to media attention after marrying Symon. The duo is proud parents of a son, Kyle Symon. In 1997, Shanahan and Michael opened their first restaurant Lola in Cleveland's trendy Tremont neighborhood and till the date, they are the owner of several other restaurants.

Liz Shanahan was born in the United States of America. She is a Georgia native. She is best known as the wife of American chef, restaurateur, television personality, and author, Michael Symon.

Shanahan is also a chef, and she collaborates with her husband in many of his restaurants. The duo first opened the restaurant, Lola in Cleveland's trendy Tremont neighborhood which was named after Symon aunt. 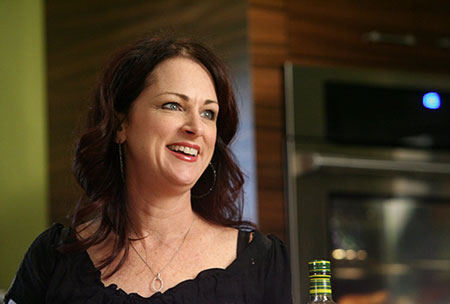 After the success of the first restaurant, the couple wanted to expand their restaurant. In 2000, Lola was named one of America's Best Restaurants by Gourmet magazine. The duo changed Lola into Lolita in 2005 and reopened Lola in downtown Cleveland in the following year.

As of 2018, Symon has opened many restaurants like Parea, Bar Symon, Strongsville, Westlake and many more. In 2015, he won  Daytime Emmy Award for Outstanding Informative Talk Show Host.

Liz Shanahan and husband, Michael Symon is the owner of several restaurants. The duo first opened their restaurant Lola in 1997 which was later changed in Lolita in 2005. She looks after the restaurants and her husband enrolled in the restaurant as well as on TV shows also. Considering her career profile, her net worth isn't less than six digit figure. However, Symon has an estimated net worth of $4 million.

Liz Shanahan is a married woman, she tied the knot with her longtime boyfriend, Michael Symon in an intimate ceremony. The duo dated for five years before exchanging a vow. She has a son from her previous relationship, Kyle Symon who was just two years old when Michael and Liz first met. 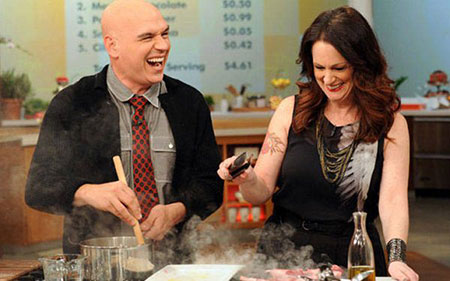 Shanahan is a vegetarian. She has two dogs, bullmastiff – Ruby and an Old English dog – Ozzy. Her husband often shared the pictures of dogs on his Instagram. As of 2018, she is enjoying her blissful married life with her husband and son in Los Angeles.

Michael Symon is an American chef, restaurateur, television personality, and author. He married Liz after dating for five years.

Kyle Symon was born in 1988. He is the son of Liz Shanahan Symon from her previous relationship.