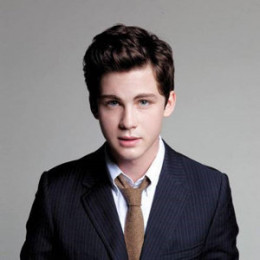 An American actor, Logan Lerman is currently relationship with Amy Vaver since 2012. He is well known for playing the title role in the fantasy-adventure Percy Jackson films. He was born to father Larry Lerman, is a businessman and orthodontist and mother Lisa. Logan attended Beverly Hills High School, from which he graduated in 2010. He made his first big screen appearance as William, the youngest son of Mel Gibson's character in "The Patriot" .

Logan Lerman starred alongside Emma Watson in "The Perks of Being a Wallflower" in 2012. He earned a Young Artist Award for Best Performance by a Leading Young Actor for his role as Luke Chandler in the 2003 TV movie A Painted House. Logan Lerman has an older brother, Lucas, and an older sister, Lindsey. Currently, he is a relationship Amy Vaver since 2012.