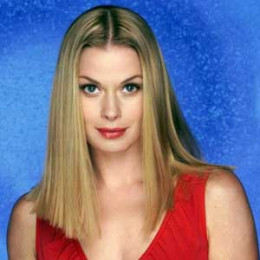 Actress and model, Lorri Bagley is well known for her work with designers like Chanel, Dior, and Issey Miyake. She is best known for appearing in popular films, including "King Pin" and "Tommy Boy." She also modeled for Victoria's Secret for five years. Bagley was the voice of the female sloth Jennifer in the 2002 movie "Ice Age," a hugely successful franchise which continues to this day.

Lorri Bagley was born on 5th August 1973 in Dallas, Texas USA. By the time she was fourteen, she had moved to Europe to begin modeling for top brands, including Chanel and Victoria's Secret. She made her television debut on 'Late Night' with David Letterman when she was eleven.

Lorri Bagley is also a part of the cast of the short-lived sitcom 'Veronica's Closet' for 22 episodes in the show's final season, playing the deviously dumb air-head, 'June Bilson.'She was encouraged to attempt acting by Francis Ford Coppola after auditioning for Bram Stoker's Dracula (1992).

She is best known for appearing in a number of successful films, including 'King Pin' and 'Tommy Boy' also voiced the ground sloth Jennifer in the first Ice Age film.

Some of the movies Lorri featured are The Deli, Trick, Poster Boy, I am Chris Farley and much more. Besides she also made appearances in TV series such as Spin City, Veronica's Closet, Third Watch and As the World Turns.

The peak of her career was from the early '90s through mid-2000s. Her last appearance as an actress was in an episode of "Law and Order: Criminal Intent" in 2006 and "Brief Interviews with Hideous Men" in 2009.

Lorri Bagley dated Chris Farley, an actor, and comedian. The couple dated in 1993 until he died of Cocaine intoxication, morphine overdose, and atherosclerosis on 18th December 1997. They met on the set of "Tommy Boy."

Lorri's net worth is still under the curtains. But looking at her sucessful career as an actor she may have a huge worth. She is also a Victoria's Secret model and has also worked on campaign of popular brands.