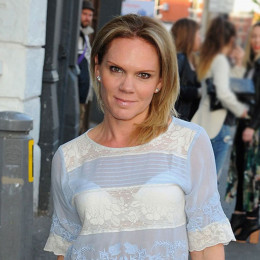 Louise Adams is an Australian singer-songwriter who rose to fame after participating in the seventh season of The X Factor in 2015. Before becoming a singer, she used to work as a lawyer. She released her self-titled debut album in 2015 . She is currently married to her third husband and is a mother of four.

Before pursuing a career in singing, Louise Adams worked as a lawyer. She began singing at the local bars in 2010, surprising her friends and family with her talent. One of her first gigs included Tom Collins as a lead guitarist, Simon Fennell as a drummer, Michael Fitzpatrick as a double bass guitarist and herself as the lead singer.

Adams began touring different places including South America, the UK, and the US as a performer. Due to her incredible talent, she was even awarded the Best Fringe Music Act Award at the Adelaide Fringe Festival. In 2014, Adams released her first EP in Castlemaine that featured her works.

In 2015, Adams gave an audition for The X Factor by singing Feeling Good by Nina Simons which was judged by mentors, James Blunt, Rita Ora and Simon Cowell. She did not win the show but became a runner-up after Cyrus Villanueva.

In the same year, she signed a contract with Sony Music Australia and released her self-titled debut album, Louise Adams. Everyone praised the album; it ranked number 22 on the ARIA Albums Chart.

After The X Factor, Adams appeared at the Rail Lands in Mount Gambier along with her old band. She also appeared on Good Friday along with the artist Reece Mastin, Kate Ceberano, Thirsty Merc and other at the TeamKids Beyond Bank Easter Appeal.

Louise Adams is currently married to a winemaker, Andrew Burchell. Together they have a daughter named, Liberty. This is Adams' third marriage.  Her first marriage was to Hayden Isted, a mobile phone company owner in 2002.

Adams has two children; Tallulah and Finlay, from her marriage to Isted. They ended their relationship in 2007.

After a few years of her divorce from Isted, she tied the knot with Darren Flood in 2009. Louise Adams has a daughter named, Quincy from her marriage to Flood. Adams' marriage to Dareen Flood ended 2014.

Louise Adams is currently 34-year-old with three marriages, and a career in law and music. Given her profile, Adams' net worth is not less than $1 million. However, no exact figures are public. Her current sources of income are tours, ceremonies, album sales, and events. Her time at The X Factor also added to her income and subsequently to her net worth.

Louise Adams married her first husband in 2002 named, Hayden Isted, owner of a mobile company. The relationship did not last long and divorced in 2007.

Certain years after her separation from the first husband, she married again with her second husband named, Darren Flood and divorced in 2014.

Louise Adams married her third husband named, Andrew Burchell, a winemaker. They are still together and with no news about their divorce.

Tallulah-May Isted is the first child born to Louise Adams and Hayden Isted before getting a divorce.

Finley is the only son born to Louise Adams and Hayden Isted in 2006. He is the youngest child of the couple after their first daughter.

Few years after the marriage of Louise Adams and Darren Flood, they welcomed their first child in 2011 and named her Quincy Flood.

Franke Burchell is the first child born to Louise Adams and Andrew Burchell.

Liberty is the first child of Louise Adams whose father's identity is still a mystery.