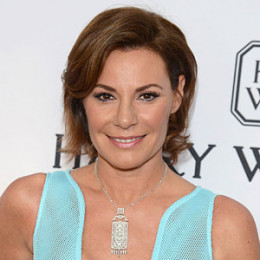 Luann de Lesseps is an American TV personality, singer, model, and author, well known for her appearance in the reality TV series The Real Housewives of New York City. The show documents the living of several women living in New York City. Lesseps so far has been married twice; both of her marriages ended in divorce. From her first husband, she is a mother of two children. As of now, she is single.

Luann de Lesseps was born on 17 May 1965 in New York City, United States. She grew up in Berlin, Connecticut, along with her six siblings. She stayed with her mother, and father Roland Nadeau, owner of a Construction company.

Lesseps said her father is of French and Algonquin descent, and her mother is French Canadian. Hence she is of mixed ethnicity and holds American nationality. During her high school, Lesseps was team captain for the softball team.

Later, she enrolled in acting and became one of the main cast members on Bravo's reality series, The Real Housewives of New York City. In the sixth season, de Lesseps was demoted to a recurring ''Friend of Housewives'' as she didn't live in NYC at the time of the shooting. In 2015, Bravo announced that she would make a comeback in the seventh season as the main cast. 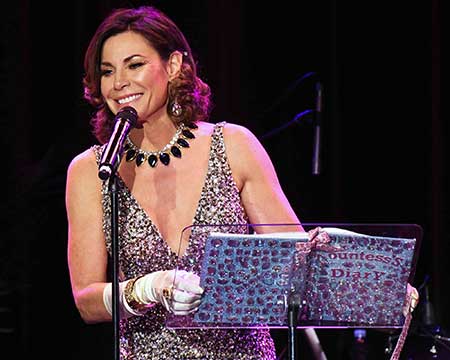 In 2011 Feb, she made a guest appearance on Law & Order: Special Victims Unit, in the episode Bully, portraying a socialite who makes a terrifying discovery.

Luann de Lesseps also wrote a book named Class with the Countries: How to Live with Elegance and Flair. The book was released on16 April 2009. On May 25, 2010, she released her debut single Money Can't Buy You, Class, followed by her second single Chic, C'est La Vie in 2011, and her third single Girl Code on 6th July 2015.

In Feb 2017, de Lesseps played in the movie Mother of All Secrets, filmed in Bermuda.

Luann de Lesseps earns a decent amount of money from her career as a singer, author, television personality, and model. As of 2017, Lesseps' total net worth is estimated to be $25 million.

She earns a pay cheque of six-figure from the Real Housewives of New York City and recently has demanded a raise up to $1 million. She also owns a Sag Harbor home worth $3.1 million. She bought the home in 2014. The house is built on 2,500 square feet, with three bathrooms Greek Revival house, three bedrooms, three fireplaces.

The property also includes a heated artist's studio, and wide-plank flooring is left natural on the first floor and the second-floor white painted.

She spent $25,000, for new furnishing from Restoration Hardware that is more light in weight, and feels modern than her old pieces, with a mix of rustic wood and industrial metal-type pieces. One most noted part is her dining table in the kitchen of a salvaged pine with a capacity of 16 peoples.

Lesseps decorated the house with antique pieces bought from her former in-laws. She is living a happy life with luxury.

On 31 December 2016, de Lesseps married Tom D'Agostino, her second husband. However, after a year in August of 2017, de Lesseps announced that they were divorcing, and after a few weeks, the couple officially divorced.

In December 2017, Luann de Lesseps was busted in Palm Beach, Florida, charged with disorderly intoxication, a battery of an officer, resisting arrest and making threats against a public servant.

She was also caught trespassing in a hotel room at the Colony Hotel in Palm Beach and denied to leave. Police said de Lesseps slammed the bathroom door in one of the officer's forehead. The cops also claimed she screamed,

After the incident, she released a statement,

''After the events... in Palm Beach, I am truly embarrassed, I have decided to seek professional guidance and will be voluntarily checking into an alcohol treatment center. I intend to turn this unfortunate incident into a positive life changing event. Once again, I sincerely apologize for my actions. I have the greatest respect to police officers and the job they do. My actions alleged in the police report donot reflect my core values and my law abinding character,''

After the arrest, she was later released on her own recognizance. She is due back in court on 25 Jan 2018.

The couple stayed together for sixteen years and shares two children together, a son and a daughter.

After her divorce with the first husband, she married Tom D'Agostino but they could not last more than a year and divorced.

He is the son of Luann De Lesseps and Count Alexandre.

She is the second child of Luann and Count Alexandre de Lesseps.