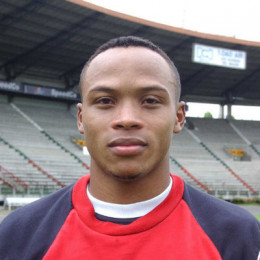 Luis Amaranto Perea was born in a middle-class family and started to train at the local football club in the youth team. He grew up around the surroundings of Turbo and joined Independiente Medellín Football Club at just 10 years of age. Playing at the local level, his first International club was Atlético Boca Juniors, in Argentina. There, he won the Intercontinental Cup of the year 2003.

He might be a married man but details about his personal life and wife is kept low profiled.

Luis has been Columbia's major star since his playtime, scoring many goals in International Competitions. He debuted for his country on the September of 2003, and since then has played in every major competition like the Copa América, FIFA World Cup and others. During the 2014 FIFA World Cup, he was the team Captain and played as a captain against Bolivia and Mexico.

These two sports person met and married after they dated for a short period of time. They are still together.

Juan was born as the couple's first child, in their home in Colombia.

The couple's second child Daniel was born in Spain, when his father was serving for his country.