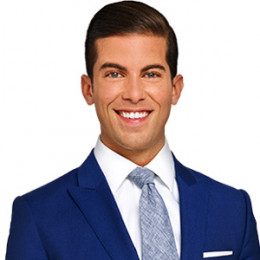 Luis D. Ortiz is a reality television personality and the participant in the second season of the Bravo reality television series Million Dollar Listing New York. He is also a licensed real estate salesperson and an employee at New York's well-recognized firm Douglas Elliman.

Luis d. Ortiz was born on November 13, 1986. He is a native of Guaynabo, Puerto Rico. He was raised along with his twin brother Daniel.

The twins left the house and headed to Florida when they were 16, without contacting their parents for almost seven months. According to Ortiz, they were too young to understand why they wanted to leave but they were feeling uncomfortable and suffocated by something. They left behind a note for their parents which said,

Luis D. Ortiz began his career soon after his graduation. His first directorial venture Amelia was also the film he produced himself. In 2007 the film garnered the Best Direction in the Puerto Rico Film Festival. His second movie was entitled The Theater of the Absurd which was discarded as he didn’t like it.

Later on, Ortiz started working as a real estate rental seller. He also worked at well-known boutique brokerages like Synergy and Prodigy Network. At that time he represented development downtowns such as Cipriani Residences, The Setai, and The District. Likewise, he became the vice president of Keller Williams Realty firm.

In 2016, it was announced that he was retiring from the real estate and soon after he announced his return back as a principal in property development via the Facebook page.

Ortiz gained quite a recognition after appearing in the second season of Bravo TV series Million Dollar Listing New York alongside Fredrik Eklund and Ryan Serhant. He stayed on the show until its 5th season. He was ranked no 19 most stylish New Yorker list by US Weekly Magazine.

Ortiz is a secretive person when it comes to his love and affairs. Currently, he is single and busy uplifting his professional life.

Luis enjoys traveling a lot and is often seen traveling in islands like St. Barths. He also visits his hometown in his leisure period. He resides in a new development in midtown Manhattan. Prior to that, he used to live in Battery Park City and Abington House in the northwestern corner of Chelsea.

As a real estate salesperson, Ortiz earns a handsome amount from his career. His current estimated net worth is $15 million. He rented 25 to 30 apartment at first. His demand rose, and he was sought by Building owners and management companies. In 2009, he moved to sales and made $20 million within months. He soon grossed $75 million annually.