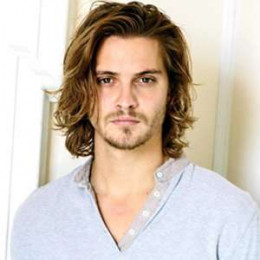 Luke Grimes is an actor. He is son of Angie Barker and Rev Randy. His parents used to work in a bakery shop. They got a divorce when he was a child, so he was brought up by his grandmother. Luke gained a degree from the American Academy of Dramatic Arts. He began to working in films and television shows right after his education. Luke played Christian Grey's brother, Elliot, in the movie Fifty Shades of Grey.

Luke Grimes is dating actress Gillian Zinser since Nov 2011. The couple has not disclosed any information about their relation or taking it to the next level. He is living his life very happily and comfortably with her so there is no chance for their separation. There isn’t any controversy or even rumors that surround him so far.