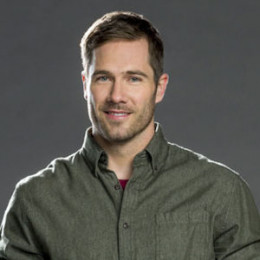 Canada born actor and musician Luke Macfarlane is most popularly known for his role of Scotty Wandell in Brothers & Sisters (2006-2011). Dashing Luke expressed his relief after officially coming out as gay in 2008, also adding that he was terrified of the virtue. Let�s look at who Luke Macfarlane was before the fame, who he has dated and how he came about to accomplish the degree of television success he has today.

Luke Macfarlane was born on 19th January 1980 in London, Ontario to Thomas Mcfarlane, the director of Student Health Services at the University of Western Ontario, and Penny Mcfarlane, a mental health nurse. His birth name is Thomas Luke Macfarlane.

Macfarlane went to London Central Secondary School with his older sister Rebecca Mcfarlane and twin sister Ruth Mcfarlane. He attended Lester B. Pearson School for the Arts and studied drama at Juilliard in New York. Luke was into music from a very early age, evident from his 8th standard band Fellow Nameless, in which he was the lead singer and songwriter.

With Fellow Nameless, Luke has one underground album that was half studio-recorded and half live-recorded. The band also recorded ten more songs, including three songs recorded for a development deal with Maverick Records, but none of them were officially released.

Macfarlane’s acting career began with supporting roles, including PV2 Frank “Dim” Dumphy on FX series Over There (2005). He played the leading role in Iron Road, a two-part mini-series.

Macfarlane is best known for his role as "Scotty Wandell" in ABC’s popular TV series Brothers & Sisters. Luke was also involved Juvenilia play directed by David Petrarca where he was one of four leads at the Playwrights Horizons. He has played main roles in many stage-plays such as ‘Where do we live’ (2004), ‘The Busy World is Hushed’ (2006). 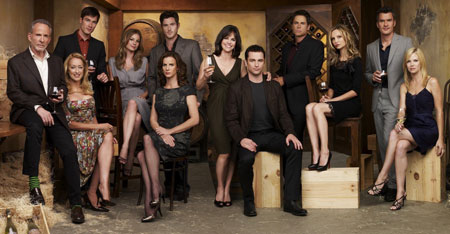 From 2015 till present, Macfarlane has been in the cast of Space television science fiction series Killjoys, as RAC Agent D’avin Jaqobis.

Macfarlane has also appeared in movies Christmas Land, The Memory Book, and The Mistletoe Promise.

Macfarlane came out as gay publically in an interview with the Canadian Globe and Mail. He had kept the mystery intact as most people in the media had been speculating him to be gay.

It wasn’t until he had hit a quite decent level in popularity chart that he finally decided to put an end to the debate. In the interview, he sounded confidence at first saying he didn’t have any concern what others would think about him. However, he nervously commented later,

After the disclosure of his sexuality, the media tried to dig out his affairs several times, but the actor somehow managed to not give it out. However, he had revealed once he wanted to get married and settle.

Macfarlane has been in a relationship with a number of men, as it came out, even before he announced he was gay. He is known to have dated Canadian actor Charlie David. However, we don’t know whether it was before or after he came out as gay.

In 2005, Macfarlane was in a relationship with T.R. Knight, an American actor. However, the relationship didn’t last more than a year, as they broke up in 2006. The fickleness remained in the star’s relationship, changing three relationships in two years, from 2007 to 2008.

In 2007, Macfarlane dated Prison Break star Wentworth Miller but the year-long relationship ended after their breakup in 2008. He was quick to get back into dating business as in the same year he dated another American actor and semi-professional Wrestler Chad Silverskin also known as Chad Austin. The relationship, yet again, saw climax within a short period of time. 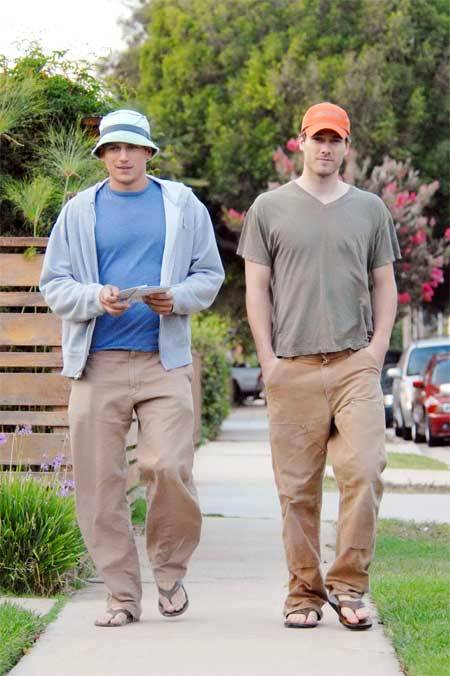 Luke was seen with Chad back in 2008. Macfarlane has been suppressive of his relationship since then.

As of 2017, Mcfarlane’s net worth was an estimated $3 million. While his accurate salary details might not be available, it is speculated that the actor earns about $300,000 a year.

He is also speculated to earn $80,000 a year through endorsement deals and sponsorships.