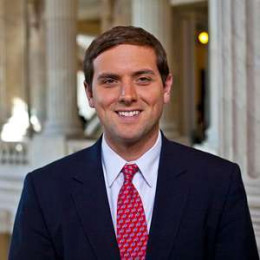 Luke Russert is a correspondent for NBC News. He is also a guest anchor on MSNBC's various programs. His father is Tim Russert, a moderator of 'Meet the Press' while his mother, Maureen Orth is a special correspondent for Vanity Fair. Russert started his career as a co-host for a sports talk program named 60/20, alongside James Carville and the program is live on XM satellite radio.

Raised in a Catholic family, Luke Russert is a philanthropist person and is involved in several charity works. He is the winner of Emmy Award for Outstanding Live Coverage of A Current News Story called Long Form. The only son of Tim and Maureen, Luke is not yet married and some people rumored that he was dating Jake Sherman but the rumor has not been confirmed as yet . Russert keeps his private life in a low profile. Some gossip gurus have even speculated that he is gay,  but this is unfounded and baseless.