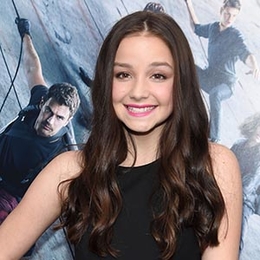 Mackenzie Aladjem is already making a for herself in the Hollywood industry. The 18-years-old began her acting career from the TV series, "CSI: Miami," and later went on to perform in some major movies including "The Lincoln Lawyer," "This is 40," and "Time Toys."

Mackenzie Aladjem Going Out with a Guy; Who is the Lucky Man?

"Hawaii Five-0" star, Mackenzie Aladjem is currently dating her loving boyfriend, Dennis McCarthy. As to when did the duo started going out is still a big mystery. The actress shared the first picture with the guy in May so the duo might've made their relationship official earlier this year.

Being in the entertainment industry, one would expect stars to date celebrities, however, Aladjem is dating a handsome not-a-celebrity guy.

The pair loves spending time together and travel to many exotic places together. Check out the picture she shared on her Instagram! 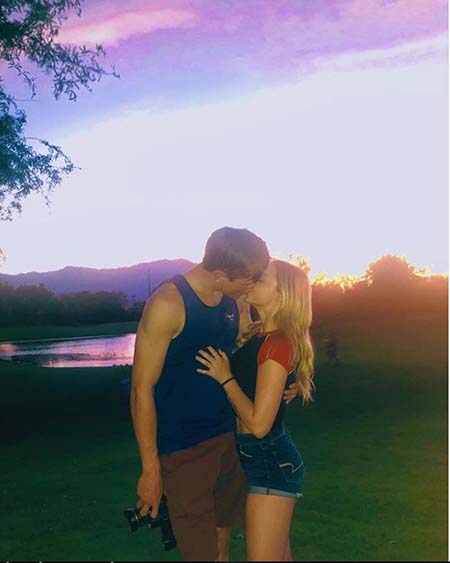 She captioned the post saying 'love,' with a devil emoji. Moreover, Mackenzie has not revealed any details of her relationship and also about her boyfriend. She prefers to keep it under wraps rather than making it public.

Dated a Guy in the Past?

The young American actress seems to happy with her present relationship but what about her past affairs? Well, it looks like she reportedly went out with a guy named Armen Gurdzhyan Jr. in around 2017.

But she didn't reveal much about her ex-boyfriend. The rumor of their affair came after she posted a picture alongside him with love and a devil emoji. 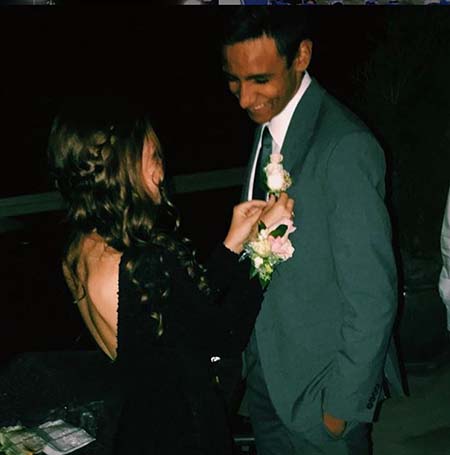 If the duo was in a relationship, then it's safe to say they are still in good terms as Aladjem has not deleted his picture, as opposed to many celebrities. 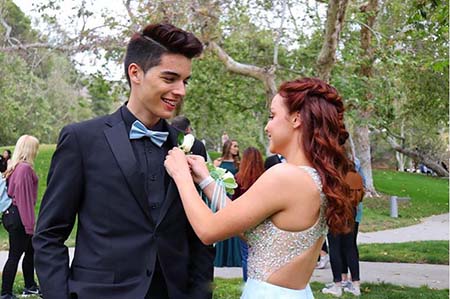 Mackenzie goes on the prom with this handsome boy.

Recently, our beloved actress went on the prom night with a handsome guy, James Casey. Well, they certainly look cute together, but they're just good friends.

"Parenthood" actress, Mackenzie Aladjem is interactive with her fans and followers on her Instagram of over 40,000 followers. She keeps on updating her followers about her regular life, including her work as well as love life.

It's her social media, where people can explore much about her, rather than anywhere else.

Recently on July 27, 2019, she attended the dodgers match alongside her friend, Haven Dragomer. 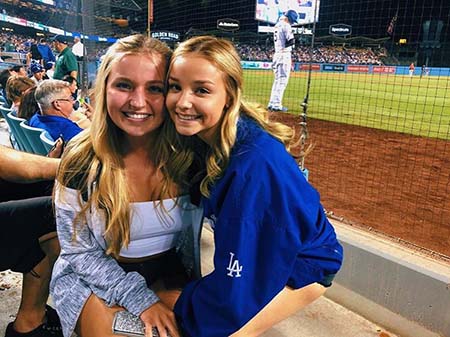 Mackenzie and Haven enjoying the game at Dodger's stadium.

She's certainly focused on her work and gives more of her time to it.

"Grey's Anatomy" actress loves to invest her time having fun and traveling with her friends. To be precise, she enjoys beach days and also the adventure by the ocean. Besides, her love for sports is certain, as she supports the Los Angeles Dodgers, a baseball team. 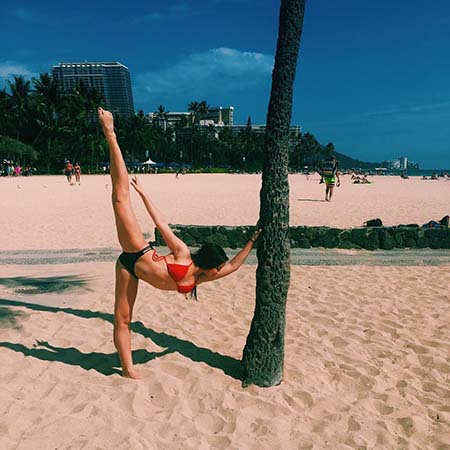 "Nurse Jackie" star loves dancing and is a good dancer. She has performed in several stages showing her smooth dancing moves. She has been dancing from an early age and always participated in local events.

Mackenzie Aladjem accumulates a net worth of around $200,000. Well, her career in the industry for over a decade helped her garner quite a handsome earning.

Check out the video of her talking about the experience working on the TV series, "Nurse Jackie"!

Normally, an actor makes an average salary of $53,000 a year, from the Hollywood industry. It also depends on several factors like the experience of an actor as well as the budget of the project he/she is working on. One could manage to earn over $100,000 every year depending on his work and the box office collection of the movies.

Born to parents; Norman Aladjem and Laura Aladjem, Mackenzie Aladjem grew up in California with them. She is of American nationality with light brown hair and brown eye color. 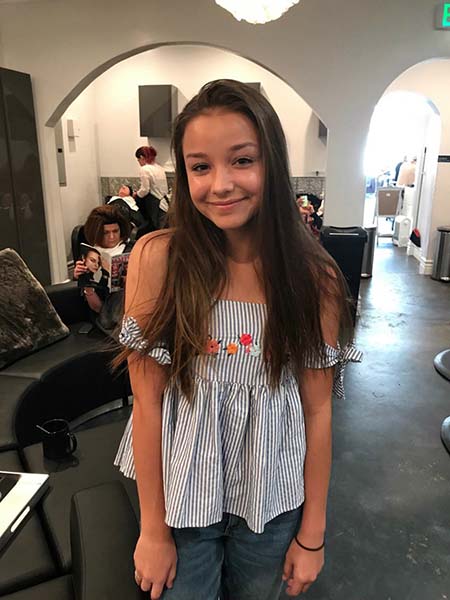 Aladjem was born on the day of the Twin Towers attack. Growing up with her interest in acting, she made her debut at the age of six, in the series, "CSI: Miami" which stars Emily Procter and Khandi Alexander. Moreover, she has been part of over 15 Hollywood projects, playing alongside some big stars.

Stay tuned with Married Wiki for more information about celebrities!!!