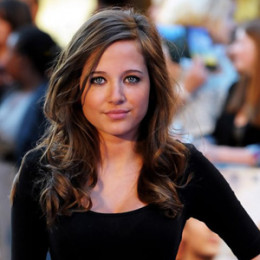 Madeline Duggan is an American actress most recognized for her portrayal as Lauren Branning in the popular soap opera EastEnders.

Madeline Duggan was born Madeline Elizabeth Duggan on 28 June 1994 in England. She grew up in Catholic Household.

Duggan began her acting career in 2003, playing in the hit stage show Les Miserables at the Palace Theatre, London. She then got an opportunity to play in two short films, Between Us in 2004 and Spoilt Eggs in 2006. In July 2006 she featured in the popular BBC soap opera EastEnders, which raised her fame prominently. Jacqueline Jossa soon replaced her.

In 2010 she made her appearance in one of the songs in the film Rules of Love. The same year she performed in Snow White and The Seven Dwarfs, followed by an appearance in the TV program Dani’s House. In 2012, she was cast in the BBC series Silent Witness.

In 2013 Duggan appeared in the music video entitled Feeder. She was seen in the film Everyone’s Going To Die as Laura in 2013 and then in the TV series The Smoke in 2014.

The 23-year-old beautiful blonde Madeline Duggan is in a romantic relationship with her long-time boyfriend, Kit Gurrin. The duo started seeing each other since 2012. They met for the first time through a mutual friend. They have been together for five years, and still no news about their marriage yes yet emerged.

The talented actress Duggan earns a lucrative amount from her career. Her net worth is certainly not less than a million dollars.