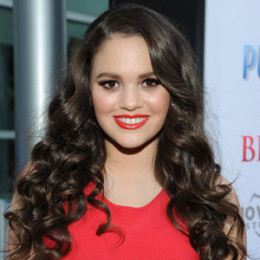 An American teen actress and model who is better known for starring in the role of Sophie Martinez on Cory in the House. She is daughter to Steven and Michelle Pettis. She was first discovered after her mother went to an annual cover search program held by local parenting magazine named "FortWorthChild". After she turned 5, she got herself an agent and started modeling and acting in commercials. Her first appearance in big screen was in an episode of Hannah Montana. She also starred in 2007 film The Game Plan. Currently she is also modelling for Love Pastry and Cody Simpson.

Talking about her personal life she has not married because she is too young to be getting married. Currently her relationship status can be described as single because she is not seeing anyone at the moment. Before she was single she has dated few celebrities including actor and singer. But those were all short term relationship which did not lasted longer. She is regular user of twitter and she mainly shares her thoughts through it so her fan can follow her in her twitter account named @madisonpettis.