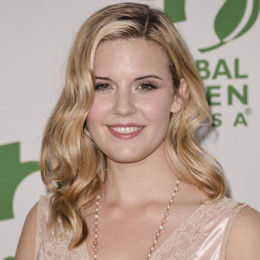 An American beautiful actress who is best known for her role as Kim in Taken (2008), Taken 2 (2012) and Taken 3 (2015). She is a daughter to Valinn and Rick Denig. Her family is involved in the jewelry business. She completed her high school from Thomas Worthington High School where she learned acting in school plays and community theater. Her parents divorced when she was 16 years old. And she moved to Los Angeles, California with her mother. After few weeks she was discovered by an agent and she enrolled in acting classes. And she started her career from her first role in series named Rachel's Room.

Maggie Grace was born on 21 September 1983 in Worthington, Ohio to Fred Denig and Valinn (née Everett).

Grace is renowned for her role as Shannon Rutherford on the ABC television series Lost and Kim Mills in the Taken trilogy.

She performed as Irina in The Twilight Saga. She portrayed the role of the series Fear The Walking Dead in 2018 as Althea.

Grace's net worth is estimated to be $8 million as of Celebrity net worth while it is about $12 million as per The Richest as of January 2019.

Since she is very beautiful it's certain that many guys fall for her. According to her, while she was working on "Lost" her co-stars introduced her to many men.

She also stated that mostly her male co-stars were very protective. She dated the co-star of "Lost" who was in the role of a stepbrother, but the romance ended soon.

The past year and a half together has been so beautiful, we didn't know our joy could increase! It's impossible to sum up how humbled, grateful and joyful we both feel to share this time with family and friends. Thank you all so much for your well wishes ! : the lovely @wondertribe !

She engaged to her new love Brent Bushnell in February 2017 and married the same year on 28th May.

the strongest and sweetest songs yet remain to be sung (Whitman)

The lovely couple is enjoying their blissful life as husband and wife.