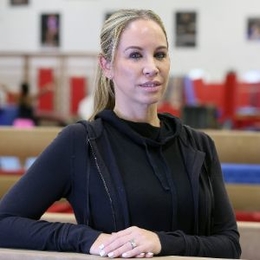 Maggie Elaine Haney worked as an American gymnastics coach at MG Elite Gymnastics, Inc., Monmouth Junction, New Jersey, serving as the head coach. She is best known for coaching Laurie Hernandez, the 2016 Olympic gold medalist, and Riley McCusker, the 2018 World Champion. Currently, the gymnast has become the headlines of many news as she has been suspended by the U.S. Gymnastics for years claiming that she verbally and emotionally abused many of her athletes.

Who is the husband of Maggie Haney?

The former gymnastic coach Maggie Haney walked down the aisle with her husband, David Haney. She said that David supports her as he manages M.H. Elite's music system. 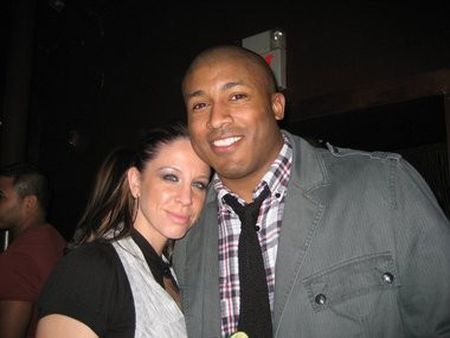 The lovely couple gave birth to two kids. Their daughter, Dayton Haney, has chosen to follow the paths of her mother and reached level 6 of training as a gymnast. Recently, The lovey-dovey duo is blessed by a son named Ryker Haney. Though the two ain't much active on their social, it was reported both are quite supportive of each other. Also, there is no sign that the pair will get a part.

Believe it or not, Haney showed her interest in gymnastics at the age of three. After she graduated from Lloyd V. Berkner High School, she attended North Carolina State University, where she received an athletic scholarship. Likewise, Maggie took part in the North Carolina State Wolfpack Women's gymnastics contest. Fortunately, she had been credited for most of the Perfect 10s throughout the program. 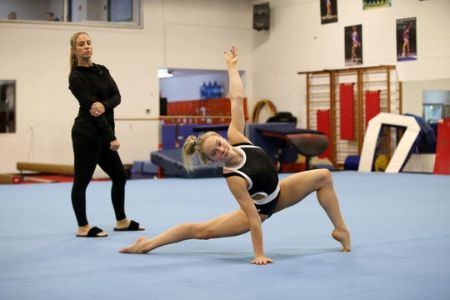 Maggie Haney served as a coach for more than a decade. SOURCE: APP

Furthermore, Haney is the owner as well as head coach of the M.G. Elite Gymnastics, Inc., located in New Jersey. In fact, many gymnasts has been selected to the national team who got trained by her. Unfortunately, Maggie has been suspended by the U.S. gymnastics after serving as a coach for more than a decade.

Maggie Haney has been 'Suspended For 8 Years'

It has been announced that Maggie Haney is suspended from the USA Gymnastics for verbally and emotionally torturing athletes for eight years on April 29, 2020. She has been prohibited from coaching gymnasts and also, banned from attending any USA Gymnastics program until completion of the suspension period. Moreover, she is forbidden to contact the claimants. 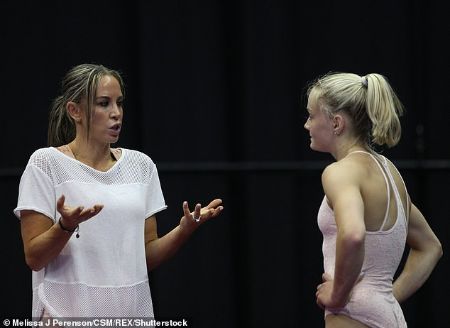 Even after completion of the suspension period, she has to go through an additional two years of the probationary period and also finish Safe Sports Courses. Half of the dozens of complaints had been filed against her for abusing her students. She was first alleged in the year 2016. Unfortunately, she was suspended from coaching minor gymnasts on February 3, 2020.

The mother of two holds an estimated net worth of $980,000 as of 2020. She made a fortune being the head coach and also the owner of M.G. Elite Gymnastics in New Jersey.

Visit marriedwik.com for interesting Articles, Biographies, and News as well.

David Haney is the husband of the former coach of Gymnastics, Maggie Haney. Together with Maggie, he has three kids.

Dayton Haney is a daughter of Maggie and David Haney. She reached level 6 of her gymnastics training and she is the elder sister of Ryker Haney.

Ryker Haney is the youngest child of David and Maggie Haney, and he is the younger brother of Dayton Haney. It has been reported that he is born recently.