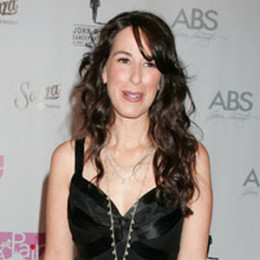 An American film actress, TV actress, and voice actress, Maggie Wheeler well known for her part as Janice on the sitcom “Friends.” She was also a recurring character on the sitcom “Ellen” as Anita Warrell and “Everybody Loves Raymond” as Linda.

An American film actress, TV actress, and voice actress, Maggie Wheeler well known for her part as Janice on the sitcom “Friends.” She was also a recurring character on the sitcom “Ellen” as Anita Warrell and “Everybody Loves Raymond” as Linda.

Is Maggie Wheeler Married? Who's her husband?

Maggie Wheeler is a married woman and a mother of two children. She is married to a sculptor, Daniel Borden Wheeler. The couple tied the knot on 20 October 1990, in Los Olivos, Calif. at Mattei’s Tavern.

New York City-born actress and her spouse spent nearly three decades together. Yet, they still enjoy one another's company and in love with each other. The War at home star and her husband is blessed with two adorable kids.

Wheeler once had an affair with David Duchovny, an American actor, producer, and director. The estranged couple appeared in Season 1 of The X-Files and the 1989 film New Year's Day together, Wheeler and Duchovny were romantically linked for a while.

How Rich Is Maggie Wheeler?

The multitalented Maggie Wheeler has an estimated net worth of $2 million dollars. She receives a salary of $35-$50.88 from her career as an actress.

Wheeler began her Hollywood career as a voice actress providing the voice of multiple characters for the cartoon-like Silverhawks in the 1980s.

Maggie became on-again-off-again love interest of Chandler Bing on Friends. She guest-starred on Will and Grace, How I Met Your Mother, Friday Night Lights, E.R, etc.

Maggie Wheeler was invited to play Janice Goralnik, a recurring character. She appeared once in each season; her 19 episodes bonded her with Christina Pickles for Friends’ second most frequent guest actor.

Maggie auditioned for the part of Debra Barone, on the American sitcom “Everybody Loves Raymond,” where she played the role of Debra’s friend, Linda.

Maggie had a star billing in the first season of “Ellen.” She featured on the hit comedy Seinfeld in the episode “The Fix-Up.” She has also appeared in several other TV programs, such as The X-Files, Drake & Josh, Will & Grace, The War at Home, How I Met Your Mother, Jack, and Jill and Curb Your Enthusiasm. She shared a screen with Melody Claire, Justin Kirk in Jack and Jill.

Maggie Wheeler voiced in the Batman

She voiced Harley Quinn in the Batman: The Animated Series episodes “Joker’s Millions” in 1997. She also appeared in the remake of Disney’s The Parent Trap, playing the younger of mother-daughter counselors. Wheeler also guest-starred as Dina’s Mom in the Disney Channel Original Series Shake It Up.

Wheeler featured on the NBC pilot “The Sperm Donor,” in 2005. She delivered the voice of Odile in “Barbie of Swan Lake,” and she voiced Trinette in 4 episodes pf Archer on FX, in 2010.

In the year 1980s, Maggie briefly experimented in voice acting on the animated series “SilverHawks,” where she delivered all the women’s voices, specifically the heroine Steelheart/Emily Hart, and the villainess Melodia. She provided the voice of Karate Kat and Mini- Monsters on “The Comic Strip.”

The 55-years-old Maggie Wheeler grew up in Manhattan, the daughter of Barbara, a writer, and a member of the New York Stock Exchange, John Jakobson. She graduated from Sarah Lawrence College.

Maggie Wheeler married to a sculptor, Daniel Borden Wheeler on 20 October 1990, in Los Olivos, Calif. at Mattei’s Tavern. The loving couple is blessed with two children. They have been married for nearly two decades now but their love for each other has not changed.